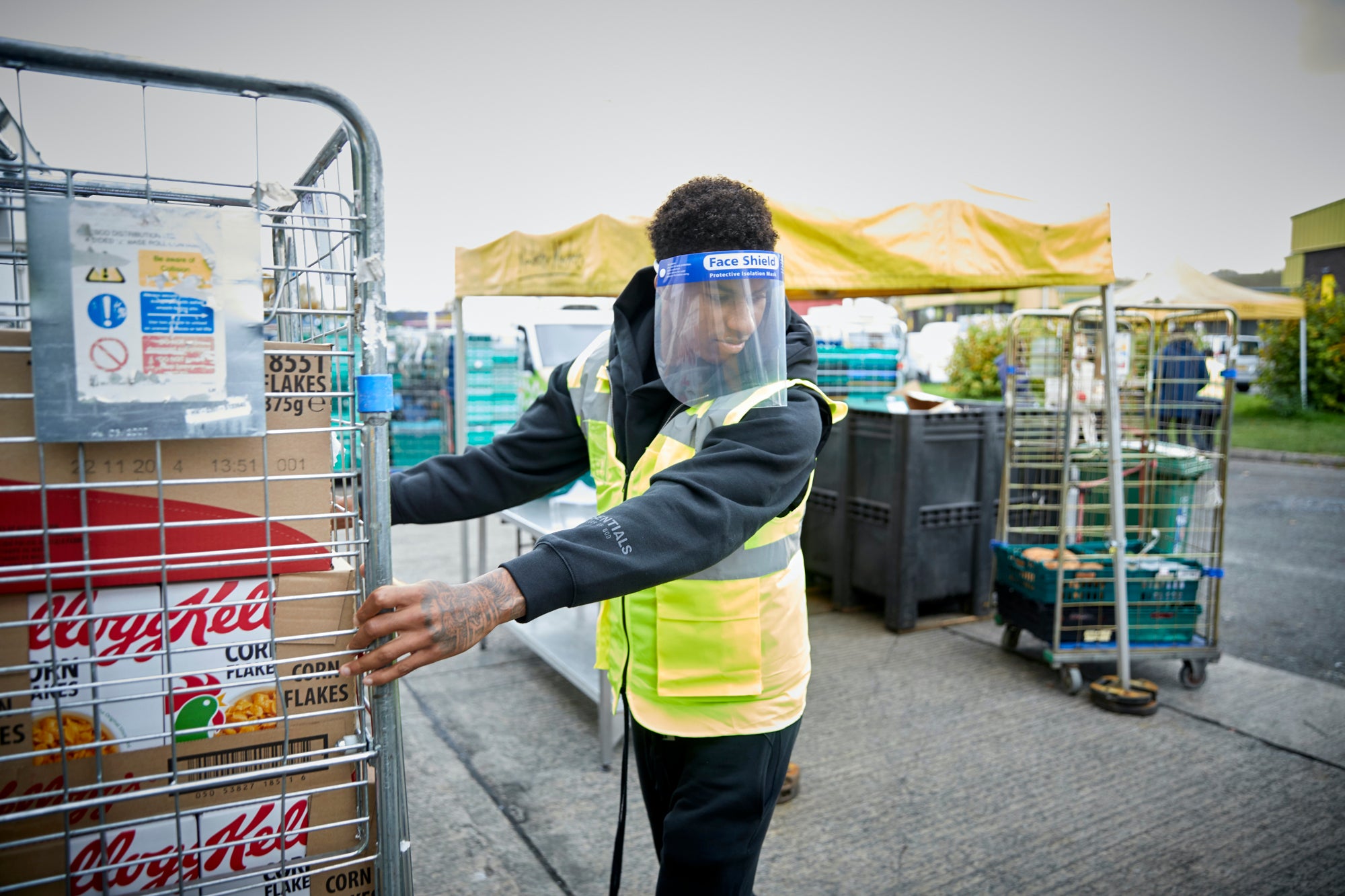 Footballer Marcus Rashford stated he was “blown away” by an outpouring of support for his baby meals poverty campaign from cafes and restaurant homeowners providing free meals for children.

The Manchester United and England star shared dozens of the presents from small companies stepping as much as assist struggling households – after Boris Johnson’s authorities refused to increase free meal vouchers throughout upcoming faculty holidays.

Mr Rashford and his mom Melanie visited to meals redistribution charity FareShare in Manchester on Thursday, which is naming one of its new amenities ‘Melanie Maynard House’ in her honour.

“Blown away by news of local businesses stepping up to fill the voucher scheme deficit during the October half term,” the campaigner tweeted after his go to to the meals charity.

“Selflessness, kindness, togetherness, this is the England I know,” the footballer added. “I will share as many as I can.”

Mr Rashford then retweeted bulletins from cafes, bars and restaurants throughout England who wish to present free meals throughout half-term – in addition to native authorities who say they are going to cowl the prices of meal vouchers over the vacation.

“We’re behind Marcus Rashford,” stated Baker’s cafe in Bolton – providing free lunches throughout half-term. “No parent should ever struggle to feed their children.”

Pearson’s Bar in Hull, which can now give out free packed lunches, acknowledged: “The government’s decision not to offer free school meals during holidays at a time like this is quite frankly heart-breaking.”

“The real superstars in this country can be found in the heart of most cities, towns and villages, working tirelessly to support our most vulnerable across the UK,” stated the England worldwide.

“When we stumble, there will always be a community to wrap their arms around us and pick us back up. For many of us, that is FareShare or the local food bank.”

Asked why the federal government had refused to again Labour’s movement to increase free faculty meals, the previous Tory minister stated: “Labour would have got more supporters yesterday if the deputy Labour leader [Angela Rayner] hadn’t called one of the Conservative MPs scum.”

Host Fiona Bruce stated: “That’s not exactly the point, is it?”, whereas Labour MP Bridget Phillipson fired again: “So kids will go hungry this Christmas because you don’t like the parliamentary process?”