EpicNews
Home controversial New Slanted Toilet Is Designed to Keep Workers from Spending Too Much...

Long, relaxing bathroom breaks that allow people to read the news or get up to date with their social media feed may be coming to an end due to a new and controversial toilet seat design that is supposed to make sitting on the toilet for more than seven minutes becomes uncomfortable.

Called the Standard Toilet, the new design thought up by English consulting engineer Mahabir Gill slopes at a downwards angle of 13 degrees forcing the person who is sitting on it to use their leg muscles in order to keep from sliding off. According to its creator, the longest someone can comfortably sit on such a toilet seat is 5 to 7 minutes. Gill  said that the 13 angle slant is ideal, as it’s enough to cause some feelings of strain in the users legs, making them want to get up faster than they would from a horizontal toilet seat, but not enough to cause serious health problems. While the designer said that the Standard Toilet was inspired by his personal experience, he also added that it would be a great asset for businesses wanting to maximize employee work hours. 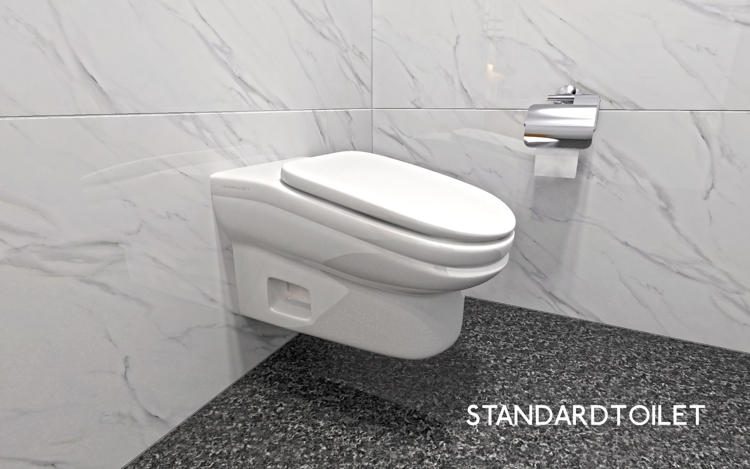 “It is estimated that in the United Kingdom alone, extended employee breaks cost industry and commerce an estimated £4bn per annum,” Mr. Gill said. “With the advent of flexible zero-hour contracts, it is easy to see why our Standard Toilet can be an asset to a business.”

The Standard Toilet has already received the backing of the British Toilet Association (BTA), a not-for-profit association that works “to promote the highest possible standards of hygiene and provision in all ‘away from home’ toilet facilities across the UK”, but has come under fire on social media, where people either joked about ways to “defeat” the design, or flat out called it a disgrace.

“If it is real I think it’s a perfect representation of the disdain capitalism has for workers and for human beings,” one Twitter user wrote, while another jokingly announced plans to patent a cushion that corrects the slope, allowing users to sit comfortably for as long as they like. But according to Mahabir Gill, sitting on a toilet seat for too long is undesirable. 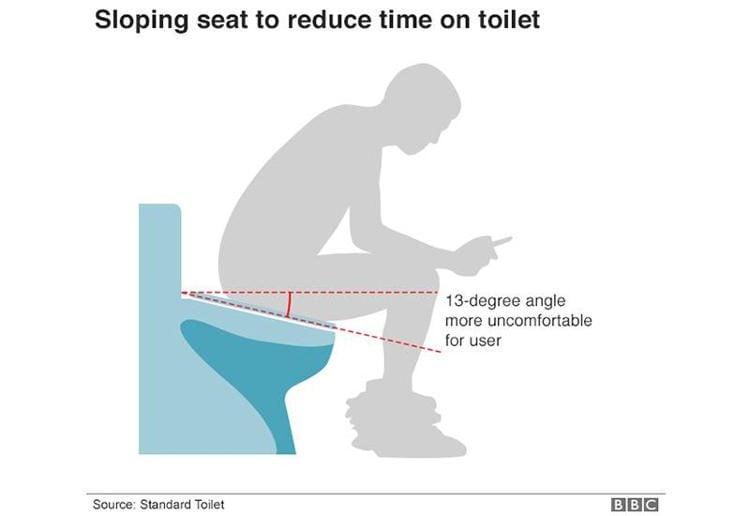 “Current toilet seats provide a horizontal seating surface,” Gill wrote on the Standard Toilet website. “This enables a user to sit relatively comfortably on the toilet. As a result, a user may spend longer than necessary sitting on the toilet without short-term discomfort. Sitting on a toilet for longer than is necessary is generally undesirable.”

The designer of this controversial toilet seat told Wired Magazine that as a consulting engineer he sometimes discovered workers asleep on the toilet, and he also became increasingly annoyed by queues for public toilets. The final straw came one morning, after a heavy night of drinking, when in desperate need of a toilet he only found locked cubicles. He started working on a solution, and the Standard Toilet was born.

While the sloped toilet apparently offers some health benefits to users, like improving posture and lowering the risk of developing hemorrhoids and musculoskeletal disorders, Mr. Gill admits that the main purpose of the Standard Toilet is to reduce employers’ financial losses. 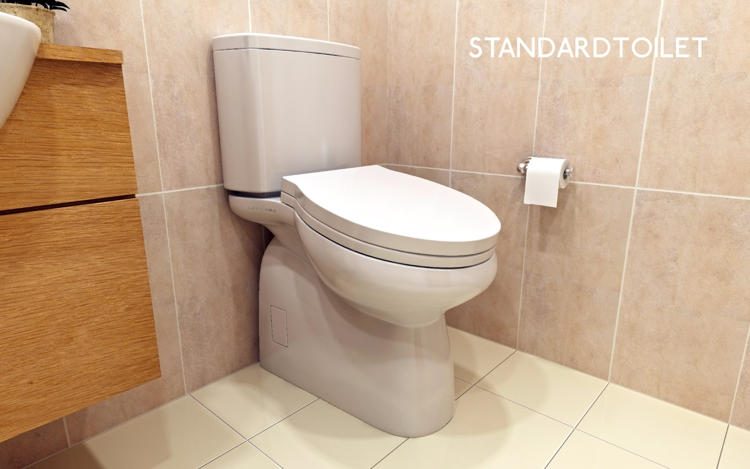