A young Japanese couple have come up with an ingenious way of making their one-year-old son stop crying whenever he notices that his mother isn’t around – life-size cardboard cutouts of the woman placed strategically in the room he is playing in.

Fuki Sato recently became an overnight sensation after photos of her life-size cutouts went viral all around the world. It’s not that they’re unusually life-like – although they do seem very well done – it’s what they are used that has gotten the family so much attention online. Apparently Sato and er husband had been having trouble calming down their one-year-old boy, who would start to cry whenever he noticed that she wasn’t around. Since staying by his side 24/7 really wasn’t an option, they decided to have her be around the child all the time, while not really being there. 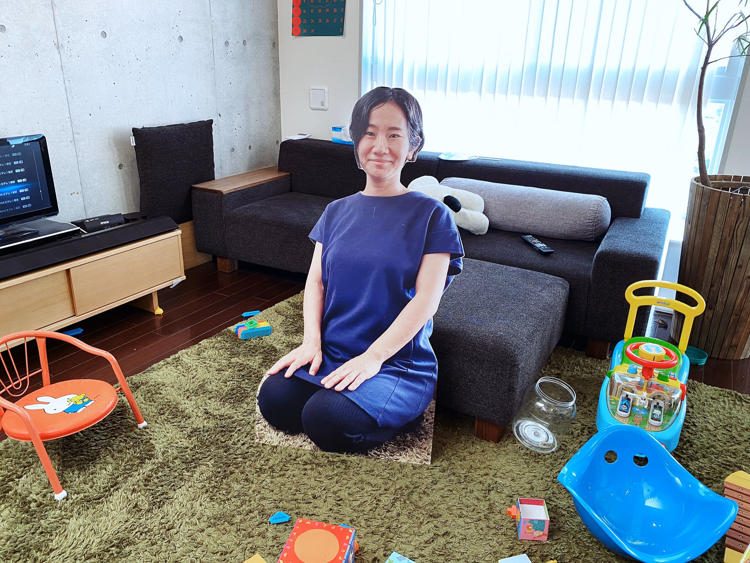 The couple decided to have high-quality life-size cut-outs of the mum printed and placed around their son to trick him into thinking that his mother is actually there and watching over him. Apparently, the first time they tried it, the trick only fooled the kid for about 20 minutes, after which he realized his mother was fake, and started crying again. But those 20 minutes felt mighty promising, so the parents decided to give the strategy another try.

In a Twitter post that has since gone viral, the child’s father wrote that they had another cutout made and that for the time being, it seems to be working. The two parents even shared a video as proof. In it, Fuki Sato can be seen placing the cutout in the kitchen, and then walking out the front door. The boy is seen playing happily in front of the TV and occasionally casting a look at his fake mother, while his father chuckles on the sofa.

“It’s hard because my one-year-old child cries as soon as mom disappears,” the father posted on Twitter. “As a countermeasure, I experimented with what would happen if I set up a ”life-sized panel mother’. As a result, it is not noticed for about 20 minutes. This cutout may be useful occasionally.”