Following the tragic death of their young daughter, a California family has asked members of their church, the Bethel Church in Redding, California, to help them attempt a miraculous resurrection through prayer, singing and praise.

Early on Friday, 2-year-old Olive Alayne Heiligenthal stopped breathing in her sleep, and despite the best efforts of paramedics, who arrived on the scene after the girl’s parents called 911, she could not be resuscitated. Her body was taken to the Shasta County Coroner’s Office, but her parents refuse to believe that their daughters time on this Earth has truly come to an end, and have appealed to their church to attempt a resurrection through prayer. Andrew and Kalley Heiligenthal, both of whom are members of the Bethel Church in Redding, hope that through mass prayer, music and praise, Olive can be revived. 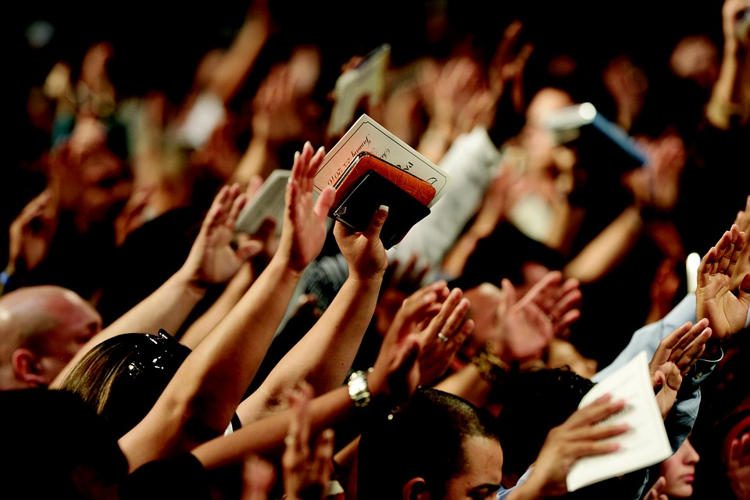 “We believe in a Jesus who died and conclusively defeated every grave, holding the keys to resurrection power. We need it for our little Olive Alayne, who stopped breathing yesterday and has been pronounced dead by doctors,” Kalley Heiliegenthal wrote. “We are asking for bold, unified prayers from the global church to stand with us in belief that He will raise this little girl back to life. Her time here is not done, and it is our time to believe boldly, and with confidence wield what King Jesus paid for. It’s time for her to come to life.”

Such resurrection attempts are not widely accepted by the Christian Church, but according to an official statement from Bethel Church, the California church and its members “believe in the stories of healing and physical resurrection found in the Bible (Matthew 10:8), and that the miracles they portray are possible today”. On Tuesday night, hundreds of people  gathered at Bethel Church for prayer and worship in a ceremony calling for Olive’s resurrection. According to a church spokesperson, this was the first-ever public prayer that Bethel has hosted to pray for a resurrection.

“There are references to resurrection in the Bible, and we believe that with God, nothing is impossible, even things like resurrection. Although at Bethel, this is the first public gathering of prayer for resurrection that I have seen in the over 10 years I’ve attended the church,” Aaron Tesauro, a spokesman for the church, told the Washington Post.

Apart from assisting the Heiligenthals in their attempt to resurrect their daughter, Bethel Church also started a GoFundMe campaign with an end goal of $100,000 to cover “unforeseeable expenses the Heiligenthal family will incur, medical and otherwise”. At the time of this writing, 343 people had donated over $43,000, but the campaign has attracted some criticism as well, with some on social media accusing both the church and the grieving couple of organizing a “scam” or a “hoax”.

Meanwhile efforts to bring Olive back to life through prayer and music continue. Yesterday, Kalley Heiliegenthal posted a video of Bethel Church members dancing and chanting ‘All hail’ on Instagram, captioning it “Keep declaring life over Olive Alayne with us. “It is finished” were His last words before bursting back in resurrection life, so we’re not done. It is finished, so we’re not done. This is awakening. Come alive, Olive!”.