You may think it’s the most wonderful time of the year, but I know one canine who definitely disagrees. Well, at least he looks like he does anyway, as Anuko, a five-year-old Siberian Husky has one of the grumpiest faces I’ve ever since on a canine.

Anuko first rose to internet stardom in 2015, when his owner, 22-year-old Jasmine Milton, from the UK, started posting photos of his  thoroughly unimpressed mug on social media, where they quickly went viral. He has been entertaining online audiences worldwide ever since, and has managed to build up quite a following on Facebook and Instagram. His fans are always on the lookout for new photos, but Anuko’s popularity always peaks around the Holiday Season, because his face simply doesn’t match the cheery atmosphere. We may have lost Grumpy Cat this year (RIP!), but his legacy is in good paws. 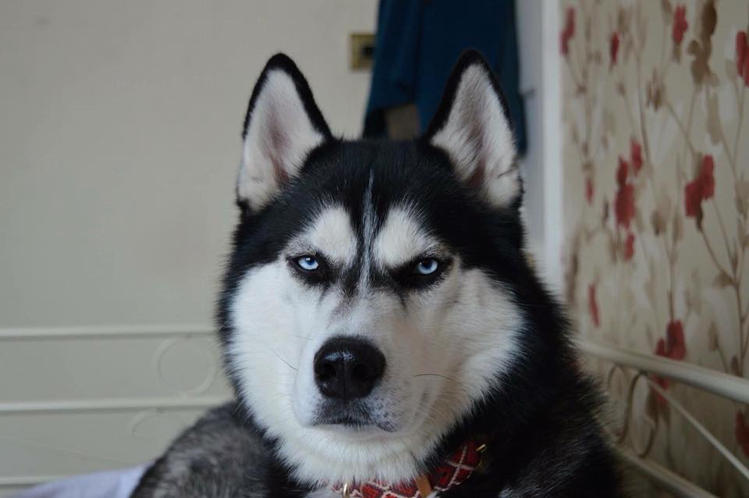 “I got Anuko shortly after I was treated with having depression, and ever since Anuko has lifted any downs I’ve ever had,” Jasmine Milton said. “He has forced me to go out when all I want to do is lay in bed. He has made me laugh when nobody else was able to, and now he’s making the rest of the world laugh. He’s my hero and definitely more than just a pretty face!”

Well, Jasmine can definitely say that again, as according to the Shropshire Star website she has managed to turn Anuko’s popularity into a steady revenue stream, even hiring an agent to deal with the advertising inquiries she receives. By 2016, she had already raised £20,000 ($26,500) which she plan to use to kickstart her medical career. But Anuko did a lot more than just help fund her studies.

When she was 18, Jasmine suffered from undiagnosed bipolar disorder. SH tried to take her own life and was taken to the hospital, where another patient told her that she might benefit from getting a dog as a pet. She hadn’t considered it before, but then she found the “perfect puppy”, Anuko. He has been lifting her up every day since.

If you can’t get enough of Anuko’s grumpy face, make sure to follow him on Instagram, where he currently has over 118,000 fans, or on Facebook, where his official page has been liked by more than 50,000 people.