Just three months after undergoing a bone marrow transplant to treat his acute myeloid leukemia, a Nevada man was shocked to learn that his DNA had been replaced by that of his donor.

For years ago, Chris Long, who happens to be working at the Washoe County Sheriff’s Department in Nevada, was suffering from acute myeloid leukemia and myelodysplastic syndromes and needed a bone marrow transplant. He was lucky enough to find a donor, a German man that he had never met and with whom he only exchanged a few messages before the surgery, but he had no idea that in a few months time he would turn into his donor, sort of. As soon as Chris’ work colleagues heard that he was undergoing a bone marrow transplant, they decided to “swab the heck out of him” to see how his DNA changed. And it’s a good thing they did, because the changes were fascinating. 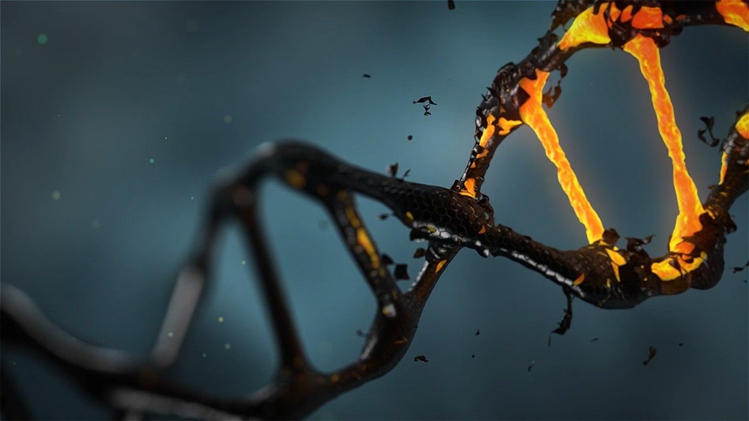 Renee Romero, who ran the crime lab at the Washoe County Sheriff’s Office, suspected that Christ’ DNA may suffer significant changes after the transplant, considering that the end goal of the procedure was to replace his diseased blood with healthy blood. But she also anticipated that the changes may go even deeper than blood, so she urged him to take DNA samples from various parts of his body, to document any changes over time.

Long was surprised to learn that in just three months after his bone marrow transplant, all the DNA in his blood had changed. But the the changes didn’t stop there. Four years after the procedure, a sample comparison showed that his seminal DNA had changed to that of the bone marrow donor as well, as had parts of his lips and cheeks. In fact the only parts that had not been affected were his chest and head hair. Chris Long has essentially turned into a chimera, which means he has two sets of DNA.

So what were the effects of this DNA change? Well, Chris himself certainly didn’t notice any changes, and experts admit that a patient’s brain and their personality should remain the same even after having their DNA taken over by a donor’s, but from a forensic perspective, things aren’t that simple. When gathering samples, criminal investigators assume that each victim and each suspect leaves behind one identifying genetic code, but in Chris’ case we’re talking about two such codes.

The transformation of Chris Long’s DNA was the topic of an international forensic science conference in September, where a number of intriguing questions were raised: could a similar chimera commit a crime and mislead investigators? If Chris had a baby, would he pass on his own DNA or that of his donor? No one has definitive answers to these questions, and forensic scientists are still investigating.

For his part, Chirs is just happy to be alive, and plans to meet his donor on an upcoming trip to Germany, and to thank him in person for saving his life.