Just Room Enough Island, is an aptly-named private-owned island with literally just enough room for its owners’ house, a couple of trees and a miniature beach with a pair of bench chairs.

Part of the Thousand Islands archipelago on the border between the U.S. and Canada, Just Room Enough Island measures about 3,300 square feet (310 m2), which makes it the world’s smallest inhabited island. It was purchased by the Sizeland family in the 1950s, as a comfortable retreat, but they never expected it to become an internationally-recognized tourist attraction.

Ironically, even though the Sizeland family probably never intended for their vacation home to become so famous, they had a role to play in its rise to fame. You see, in order for their patch of land to be recognized as an island, and thus part of the Thousand Islands archipelago, it had to meet some requirements – have an area larger than one square foot, remain above water year round, and have at least one tree. That last one was missing, so they got to planting. 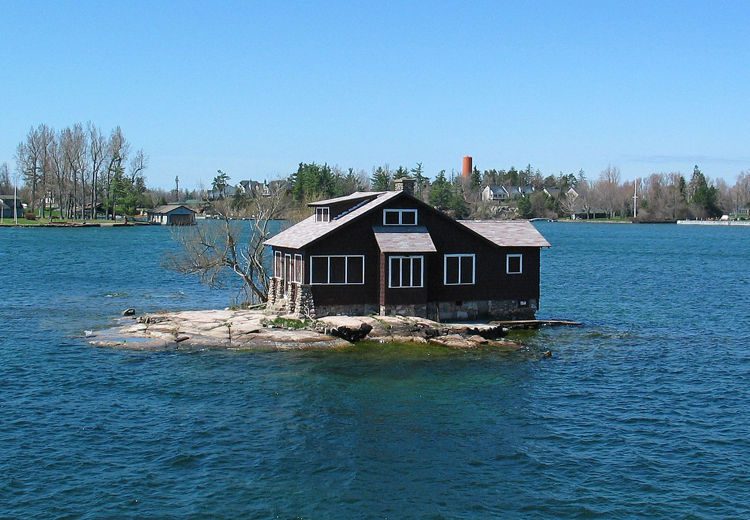 What the Sizeland didn’t expect was for Guinness Records to knock on their door soon after their small home – then named Hub Island – got its official island status. Before that happened, the title of world’s smallest island belonged to Bishop Rock, just off the Isles of Scilly, but Hub Island was roughly half its size, so it got the distinction. Then the Sizelands renamed it to Just Room Enough Island, and the rest is history.