Japanese visual artist Atsushi Adachi can make just about anything out of newspaper clippings, but his most impressive works yet are a series of miniature battleship replicas perfect to the tiniest of details.

We’ve seen people make impressive miniature models out of cardboard or matchsticks, but Atsushi Adachi finds newspapers to be the perfect medium. He considers them a sort of time machine, as they embody society’s values of that certain period, so by building models of various things using newspapers from that era, he is able to open a window into the past. 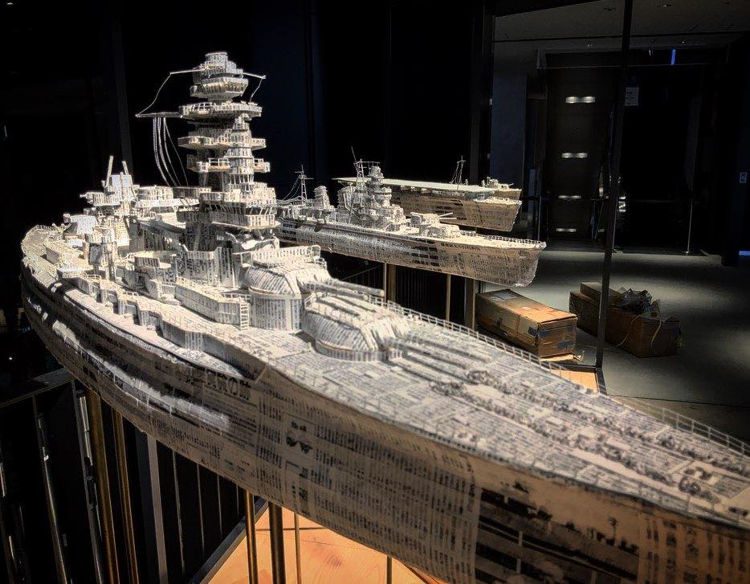 “I am on a quest to embed memories in ‘things’, as well as in search of those memories,” Adachi told Otakumonde in an interview.

The artist’s fascination with battleships, combat planes and other military gear dates back to his childhood, when he used to visit Self-Defense Force and American Armed Forces bases, and tried to make 3D models of what he saw. This laid the foundation for what would eventually become his career.

Atsushi Adachi has exhibited his works in various galleries around the world, but if you don’t get the chance to see them in person, you can still check them out on his Instagram and Facebook pages.