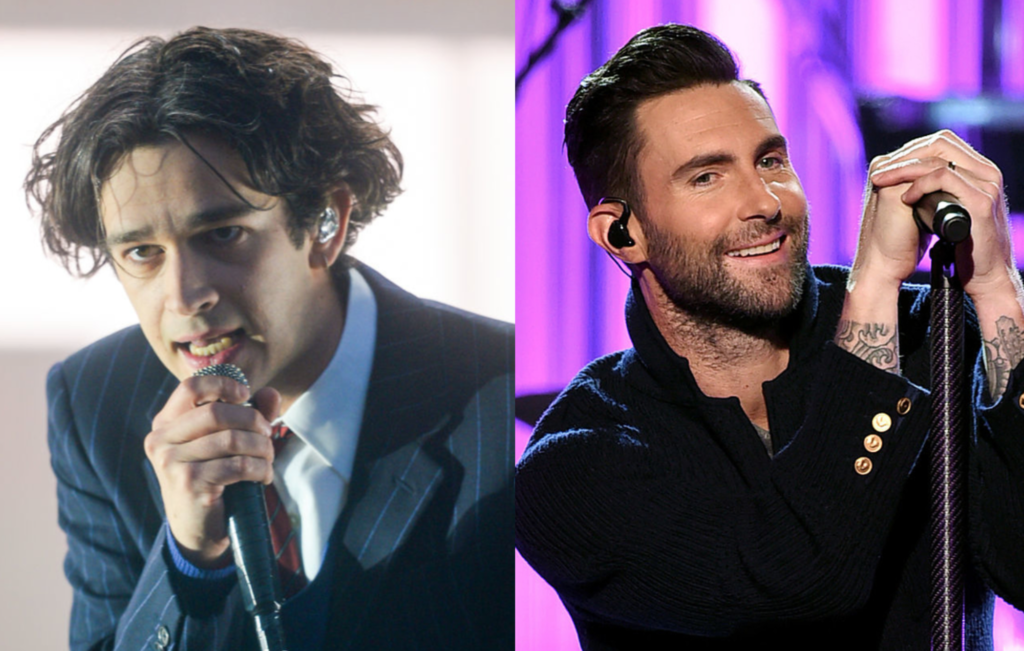 The 1975‘s Matty Healy has responded to claims made by Maroon 5 that his band plagiarised a few of their art work.

The Adam Levine-fronted group took to Twitter to touch upon the similarities between their 1997 album ‘The Fourth World’ (when the band glided by the identify Kara’s Flowers) and The 1975’s promotional art work for Spotify for their new single, ‘Me & You Together Song’.

“I don’t know what the fuck that’s however I like that tune about being in a telephone field or no matter it’s,” the frontman replied, poking enjoyable at Maroon 5’s tune ‘Payphone’.

I don’t know what the fuck that’s however I like that tune about being in a telephone field or no matter it’s https://t.co/AnolXScieJ

Final week, Matty Healy confirmed that the release date for The 1975‘s upcoming fourth studio album ‘Notes on a Conditional Form’ has been pushed back.

Chatting with followers on Instagram Dwell, the frontman stated he was “sorry to fuck you about,” whereas confirming that the follow-up to 2018’s ‘A Temporary Inquiry into On-line Relationships’ has been pushed again from its unique February 21 launch date.

In the meantime, Matty Healy has revealed that The 1975 won’t be headlining Glastonbury Festival later this year.

Two of the three Pyramid Stage headliners for this 12 months’s Worthy Farm occasion have already been confirmed, with Sir Paul McCartney and Taylor Swift already confirmed.