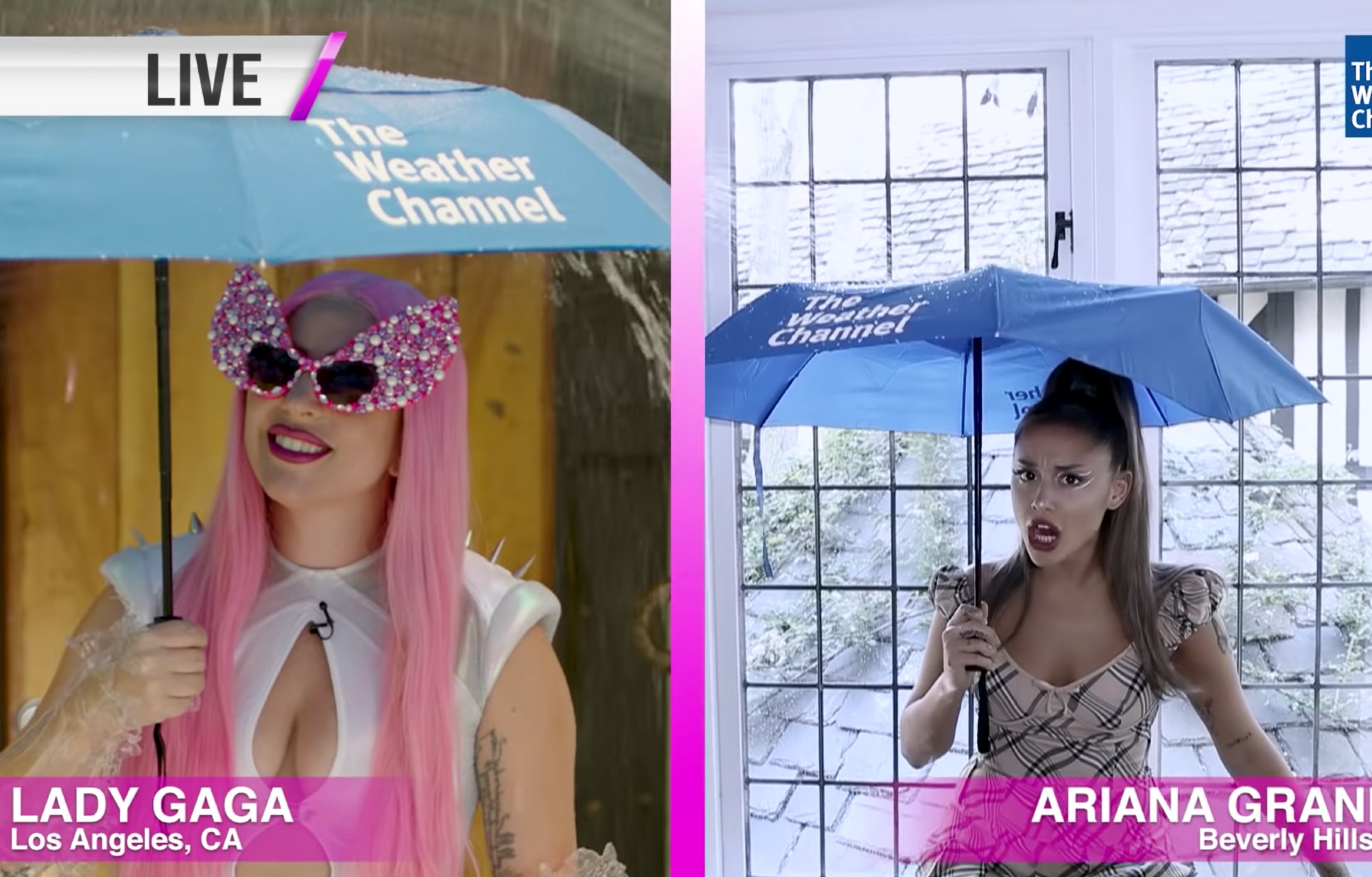 Fresh off the discharge of their highly anticipated collaboration ‘Rain On Me’, Lady Gaga and Ariana Grande have apparently taken up meteorology in their subsequent three way partnership as climate women.

Billed as ‘The Chromatica Weather Girls’ in partnership with The Weather Channel, Gaga and Grande report from a latest downpour from their Los Angeles and Beverly Hills properties, respectively. The two maintain umbrellas as “rain” – water from a hose – pours down on them.

“It was beautiful just yesterday but, oh wow, how things have changed,” Gaga says in her finest newscaster voice. Watch it beneath:

“Today, it is pouring rain. We are soaking wet. And while some are complaining of the recent downpour, we would like to celebrate the rain.”

“Rain on me, tsunami! Water like misery but the people are still going,” Grande responded, referencing one of many track’s lyrics.

“The world is rising up in a massive act of kindness to celebrate the rain the world so desperately needs to quench the thirst of the Earth.”

‘Rain On Me’ is the second single from Lady Gaga’s forthcoming album ‘Chromatica’, which is due out on Friday (May 29). She launched lead single ‘Stupid Love’ earlier this yr.

Besides Grande, ‘Chromatica’ may even function Ok-pop group BLACKPINK and Elton John, per the official tracklist Gaga launched final month.