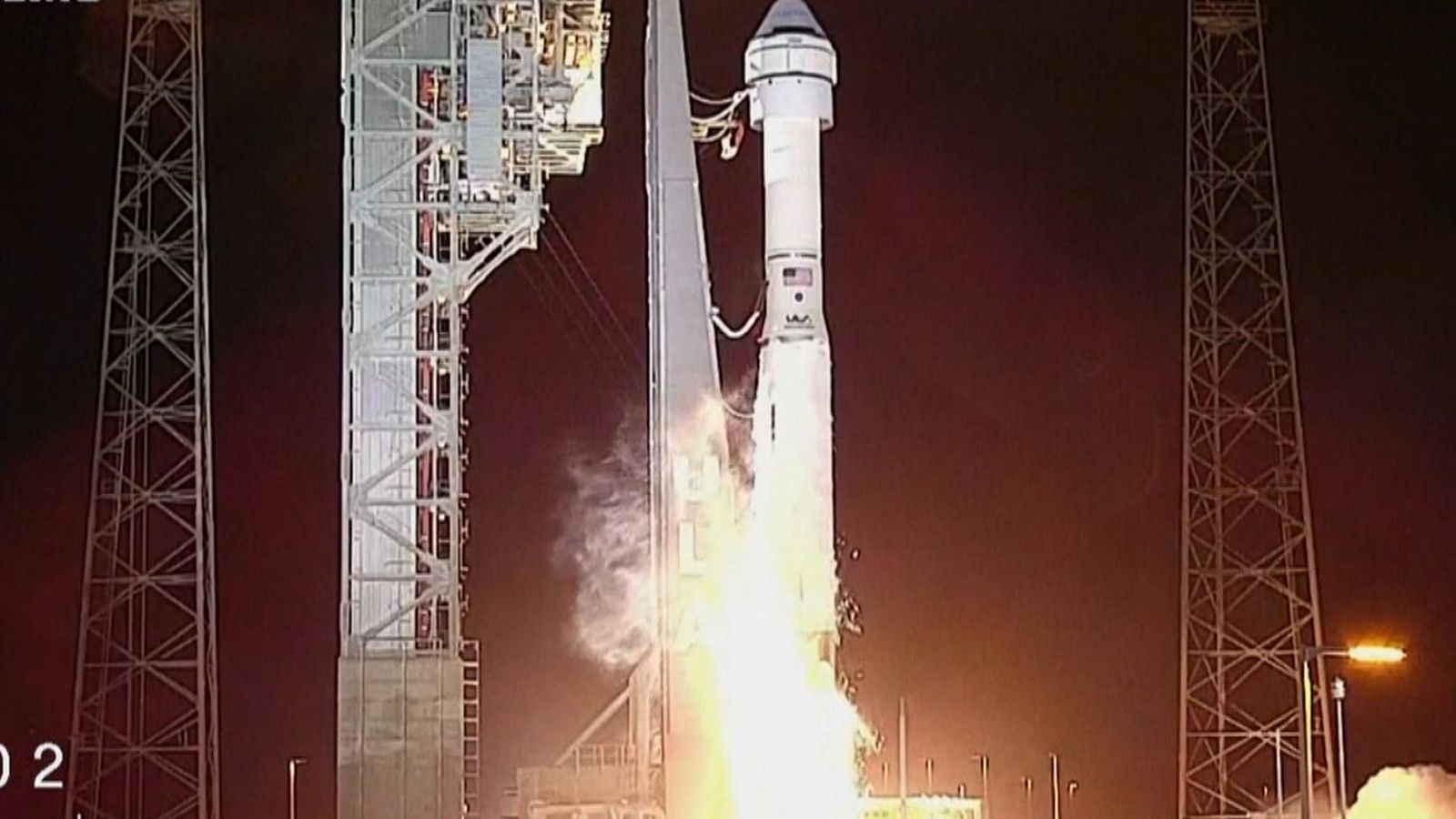 Boeing’s new Starliner capsule has run into trouble on its first test flight, shortly after blasting off.

The unmanned launch is a test-run for next year’s planned flight that will have astronauts on board.

Lift-off went smoothly, with the Atlas V rocket soaring from Florida just before sunrise and heading for the International Space Station, where it is due to connect tomorrow.

But just half an hour into its journey, Boeing reported that the capsule’s insertion into orbit was not normal.

Flight controllers are understood to be considering their options and insist the capsule is in stable orbit.

Inside the capsule is a test dummy named Rosie, which is sitting in the commander’s seat. Rosie has been dressed in a red polka-dot bandanna and a royal blue spacesuit. It is named after the bicep-flexing riveter on World War II posters.

“She’s pretty tough. She’s going to take the hit for us,” said NASA’s Mike Fincke, one of three astronauts who is due to fly on the next Starliner.

Also on board is a load of Christmas treats and presents for the six astronauts in the space station, as well as hundreds of seeds.

The Boeing launch is seen as their attempt at competing with SpaceX, which held a successful launch in March.

SpaceX plans to launch two astronauts into orbit in the spring.

The last time an astronaut was launched into space from US soil was in July 2011 when Atlantis made the final shuttle flight.

Since then, people have travelled to and from the space station via Kazakhstan, costing NASA $86m a time.