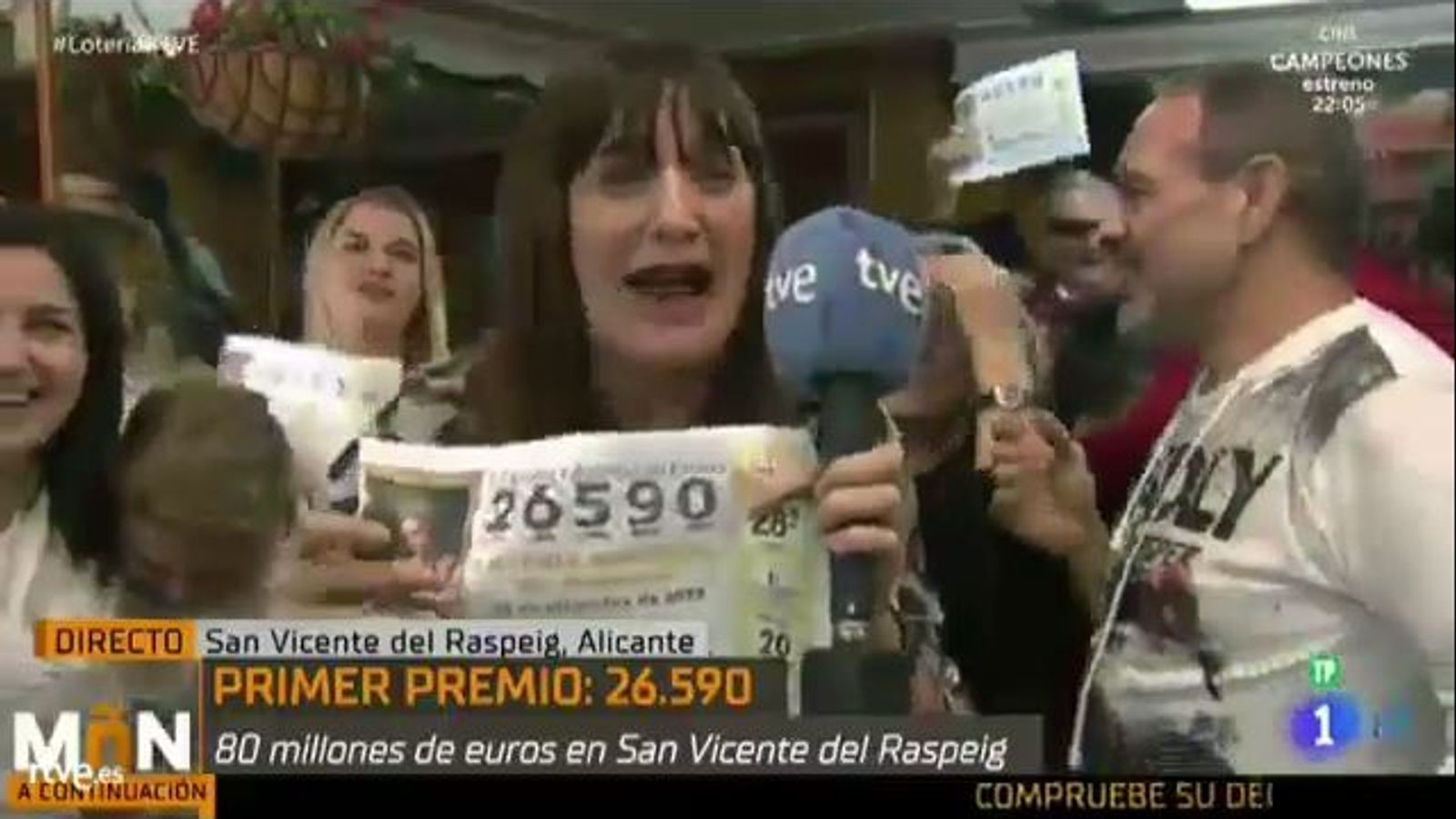 A Spanish television reporter has been left red faced after wildly celebrating a lottery win live on air that later turned out to be a fraction of the jackpot.

Natalia Escudero, who works for public broadcaster RTVE, began screaming on camera when the result was announced.

She said she was “not coming to work tomorrow”, suggesting she believed she had scooped a big prize.

Ms Escudero later apologised for her reaction on Twitter, saying she had recently been having a “difficult” time for “personal reasons”.

Spain’s Christmas lottery is an annual tradition, with families, friends and colleagues often clubbing together to buy tickets in the hope of a jackpot.

Other lotteries around the world have bigger individual top prizes, but Spain’s is ranked as one of the richest in terms of total prize money involved.