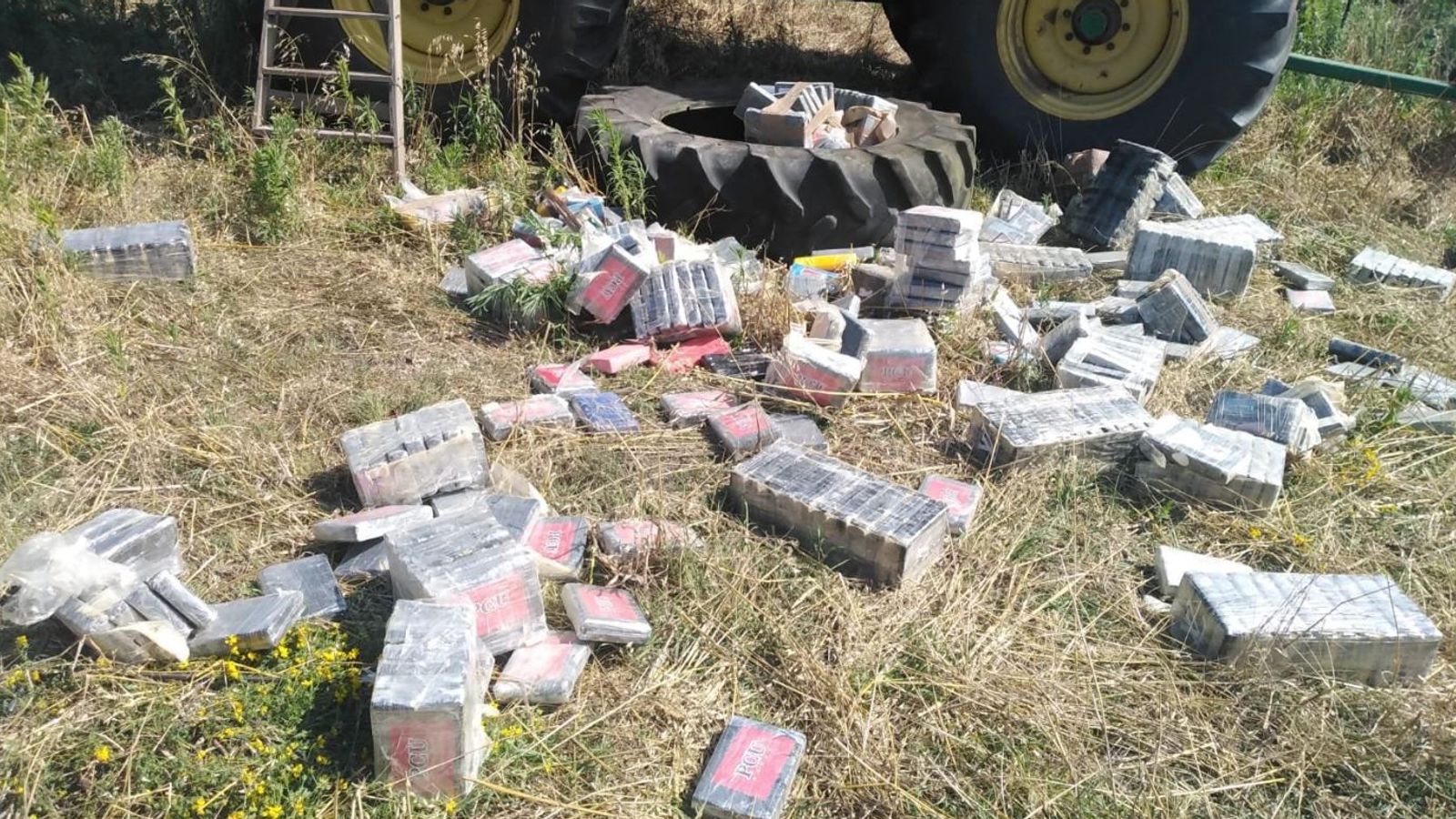 A record haul of more than four tonnes of cocaine worth a billion dollars has been seized in Uruguay.

The country’s navy has called the bust the “biggest blow to drug trafficking in the country’s history.”

The cocaine was found when four soy flour containers packed with bags of cocaine were seized after showing “anomalies” when passing through scanners at Montevideo’s port, according to news agency AFP.

Some 4,418 kilograms of cocaine, amounting to 4,003 bricks, was found in the first two containers investigated in the joint operation by the navy and customs.

The drugs would be worth $1bn (£765m) in the European market, according to an estimate from Uruguay’s customs director Jaime Borgiani.

The interior ministry said on Twitter that police had raided a ranch and arrested two people.

A picture from the scene shows bricks of cocaine littered across the grass in front of what appears to be a tractor.

Mr Borgiani said the cocaine was loaded onto trucks on Tuesday at a ranch in the Soriano region, 290 kilometers (180 miles) from Montevideo.

The seizure came after officials became suspicious of a new local exporter.

“The important thing is to show the world and drug traffickers that you don’t mess around with Uruguayan customs,” said Mr Borgiani, according to AFP.

“We’ve taken the necessary steps to rid the country of this scourge.”

The previous record haul was set in November when three tonnes of cocaine destined for Africa were discovered.