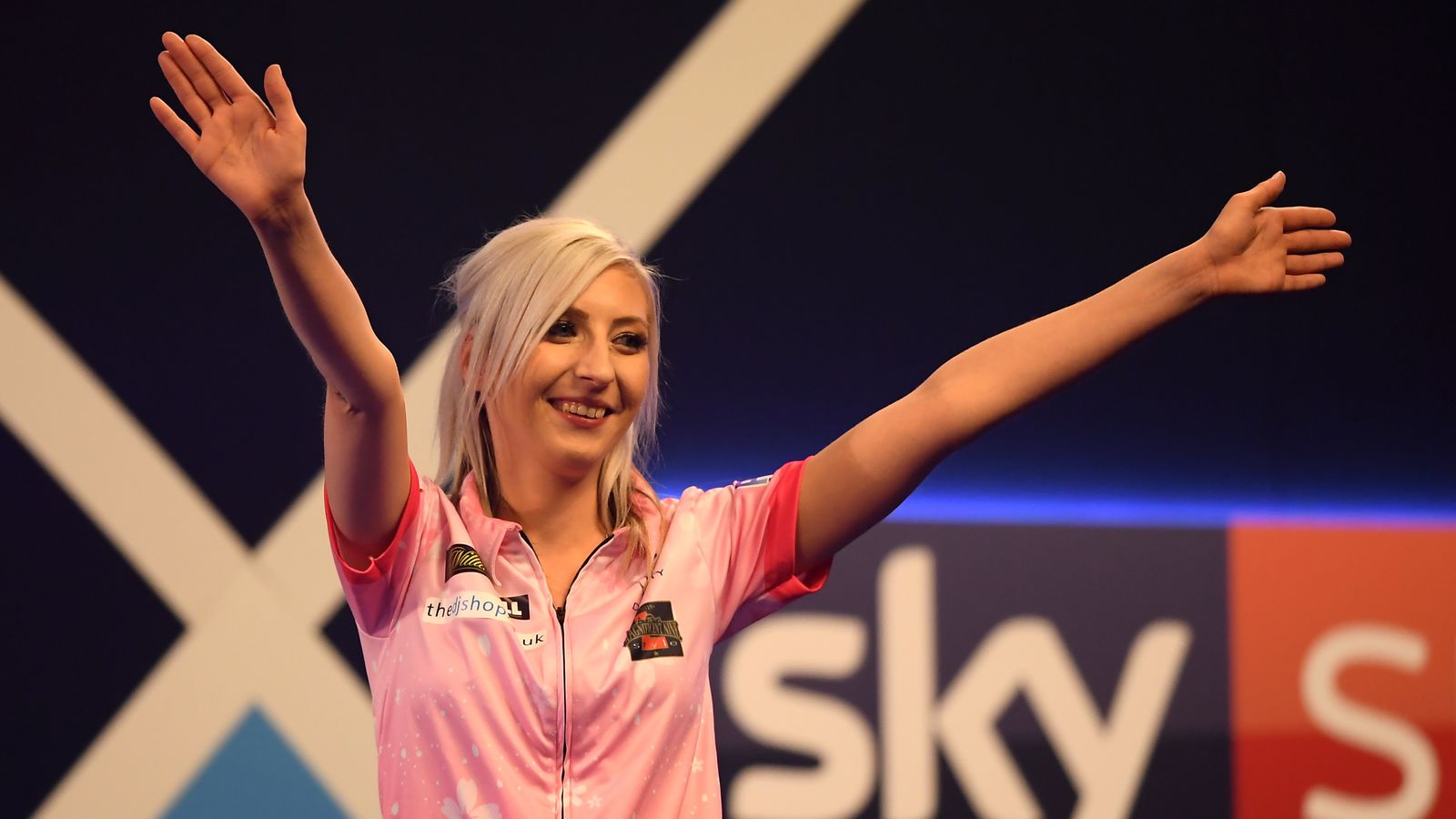 Female darts player Fallon Sherrock is celebrating her second historic win against a man this week at the World Championships.

The 25-year-old Englishwoman eliminated Number 11-ranked Mensur Suljobic with a 3-1 win in the second round of the PDC World Championship on Saturday evening.

Sherrock’s victory followed her 3-2 win on Tuesday against Ted Evetts, which made her the first female player to beat a man at the sport’s flagship event.

She put her hand to her mouth in astonishment as the energetic crowd celebrated at Alexandra Palace in north London.

Shortly after the win she tweeted a picture of herself with fellow darts player Corrine Hammond, with the caption: “Really buzzing now…! I have done it again! OMG.”

Sherrock was just one of two women playing in the tournament, with women’s world champion Mikuru Suzuki edged out by James Richardson last Sunday.