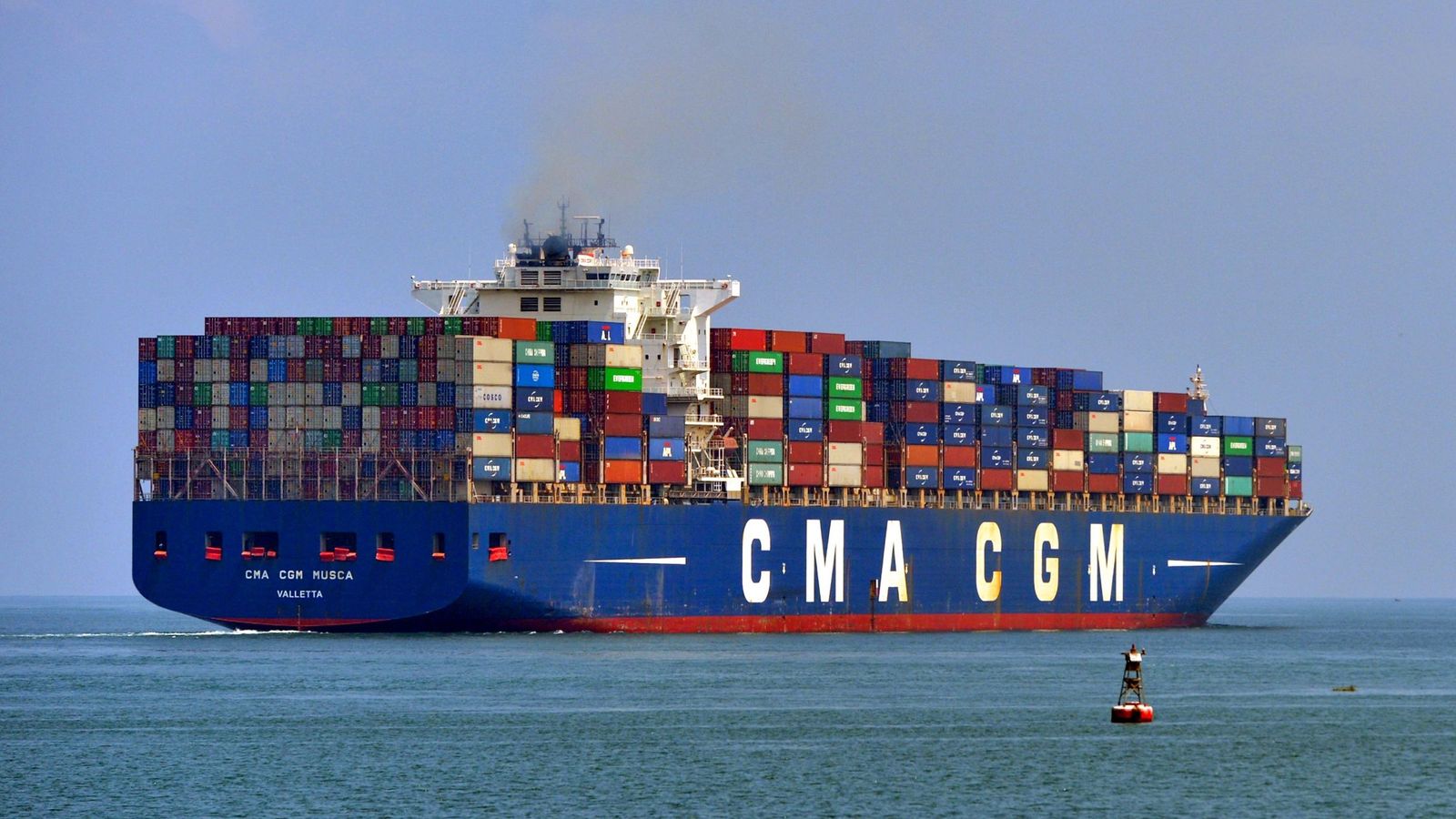 The world’s biggest shipping groups are to join forces in a multi-billion pound research project aimed at drastically reducing the sector’s carbon emissions.

About 90% of world trade is transported by sea with the global shipping fleet accounting for 2.2% of CO2 emissions.

Now seven shipping associations, representing 90% of the industry, have proposed a research fund of $5bn (£3.8bn) over 10 years to develop cleaner technology, including viable zero-carbon emission ships by the early 2030s.

The fund would be financed by a mandatory $2 per tonne on fuel used by ships. The world’s fleet consumes about 250 million tonnes of fuel a year.

The current target, defined by the UN shipping agency, the International Maritime Organisation (IMO), aims to cut the industry’s greenhouse gas emissions by 50% from 2008 levels by 2050.

The new fund, if it receives the backing of IMO member states, could be in place by 2023.

:: A New Climate is a series of special podcasts from the Sky News Daily. Listen on Apple Podcasts, Google Podcasts, Spotify, Spreaker

More from A New Climate

Guy Platten, Secretary General International Chamber of Shipping, one of the industry bodies backing the fund, said: “We must not leave it to others to carry the burden of addressing the climate crisis. Nor will we ask others to decide the future of maritime. We embrace our responsibility, and we ask the world’s governments to support our efforts.

“Greta Thunberg is right to say that ‘creative accounting and clever PR’ often lie behind supposed commitments to sustainability, but our plans are transparent, and our regulator has teeth.

“Now we ask the wider shipping community for their blessing. Change on this scale is difficult and often daunting. But in this case, it could not be more necessary.”

The IMO said the proposal would be discussed by the organisation’s Marine Environment Protection Committee at its next meeting at the end of March.

“Research and development will be crucial, as the targets agreed in the IMO initial strategy will not be met using fossil fuels,” an IMO spokesperson said.