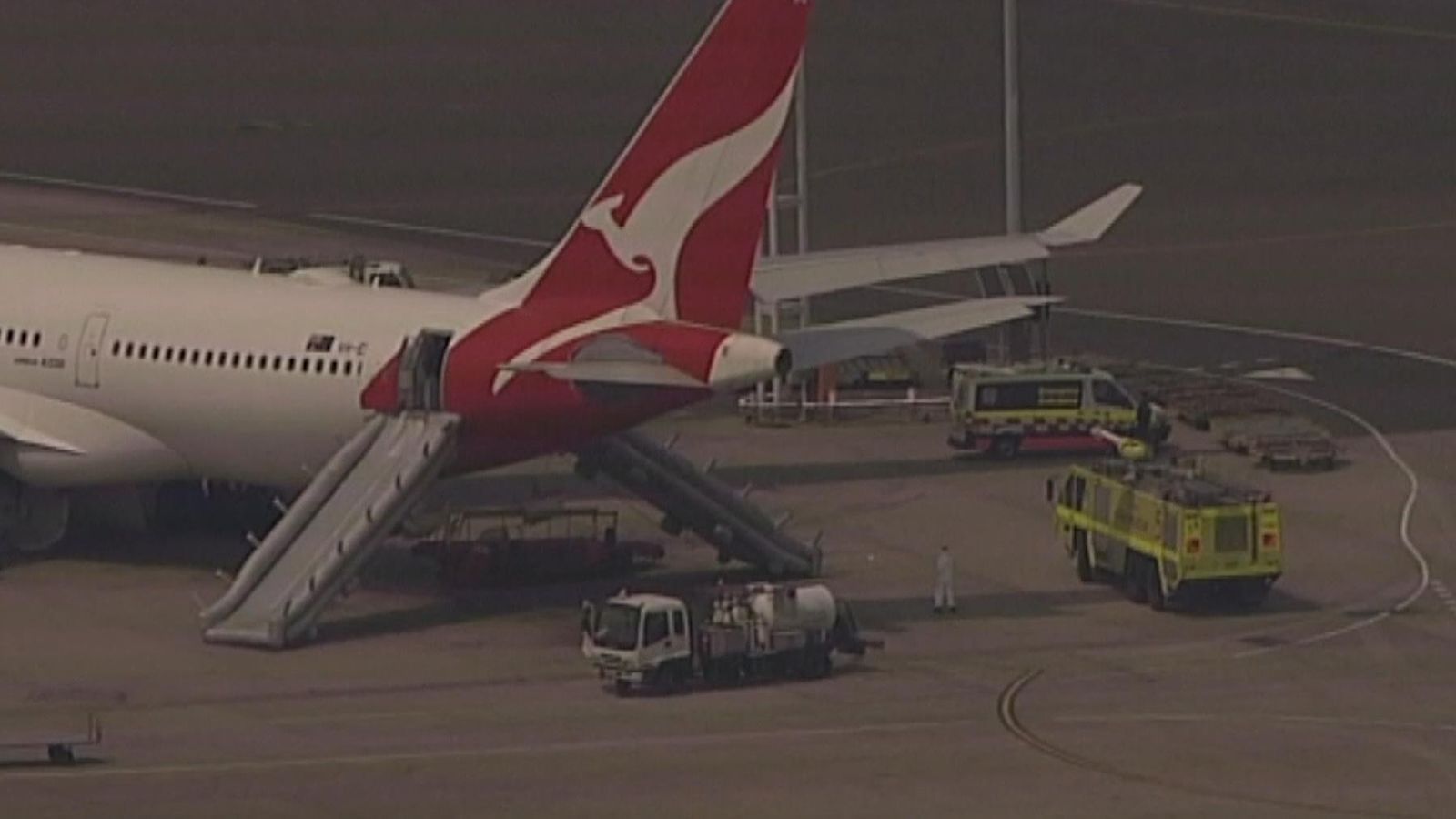 Passengers on a Qantas flight from Sydney to Perth evacuated using slides after the Airbus A330 was forced to return as the cabin filled with smoke.

The airline said Flight 575 returned to Sydney shortly after take-off because of a hydraulic problem.

In a statement, Qantas said: “Once back at the gate, the captain made the decision to evacuate the aircraft as a precaution and three emergency slides were deployed.

“Passengers were evacuated through both the slides and normal exits.”

One passenger, Ally Kemp, said on Twitter that the experience was “terrifying”, adding: “Just had to evacuate my flight to Perth after engineering issues. Everyone had to exit the plane via slide onto Sydney tarmac after the cabin filled with smoke and the captain screamed evacuate.”

“And so instantly everyone jumps off and they’re thinking, Oh my God. I thought there was smoke, or a fire or, you know, something was happening, and I was relatively close to the back of the plane.

“The hostess opened the door, bang, the chute comes down and everyone starts rushing into the aisle.”

Ms Champion said she had to jump out before her two young children followed her.

Debbie Slade, the Qantas fleet safety captain, said that once the plane was on the ground, it was towed to the gate.

She added: “And once they’re at the gate, I believe there was some indications of a mist inside the cabin. So the crew took the conservative option and agreed to evacuate the aircraft.”