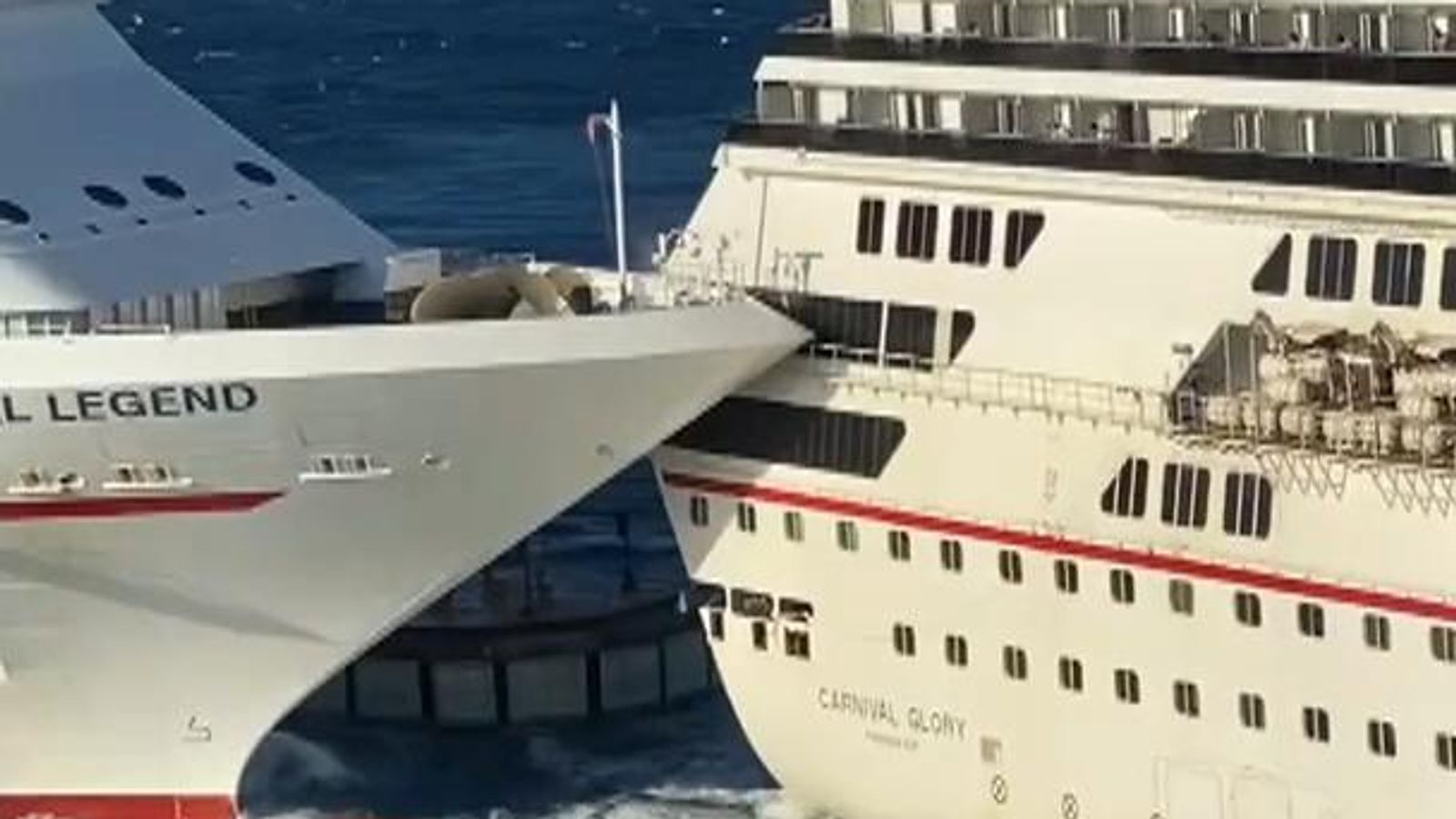 A cruise ship has smashed through another owned by the same company at a Mexican resort, injuring six passengers.

The Carnival Glory was coming into the port of Cozumel when it “made contact” with the Carnival Legend, Carnival Cruise Line, the owner of the two ships said.

Footage shot by passengers showed the Glory’s stern slowly coming in sideways to the bow of the Legend.

As the two boats touched, a floor of the Glory was pushed downwards as railings buckled and windows were smashed as the Legend’s pointed bow went through it.

Video shot from the Glory showed debris from the ship on the deck of the other ship.

Carnival Cruise Line – the world’s largest cruise line – said it is assessing the damage, but there were “no issues that impact the seaworthiness of either ship”.

It said six guests came to the Glory’s medical centre for evaluation for minor injuries.

According to Carnival’s website, the Glory sails from New Orleans on cruises to the Caribbean and the Panama Canal, and is 952ft (290m) with a guest capacity of 2,980.

The Legend operates from various ports in the US and Europe to different destinations, and is 963ft (293m) long with a capacity of 2,124.