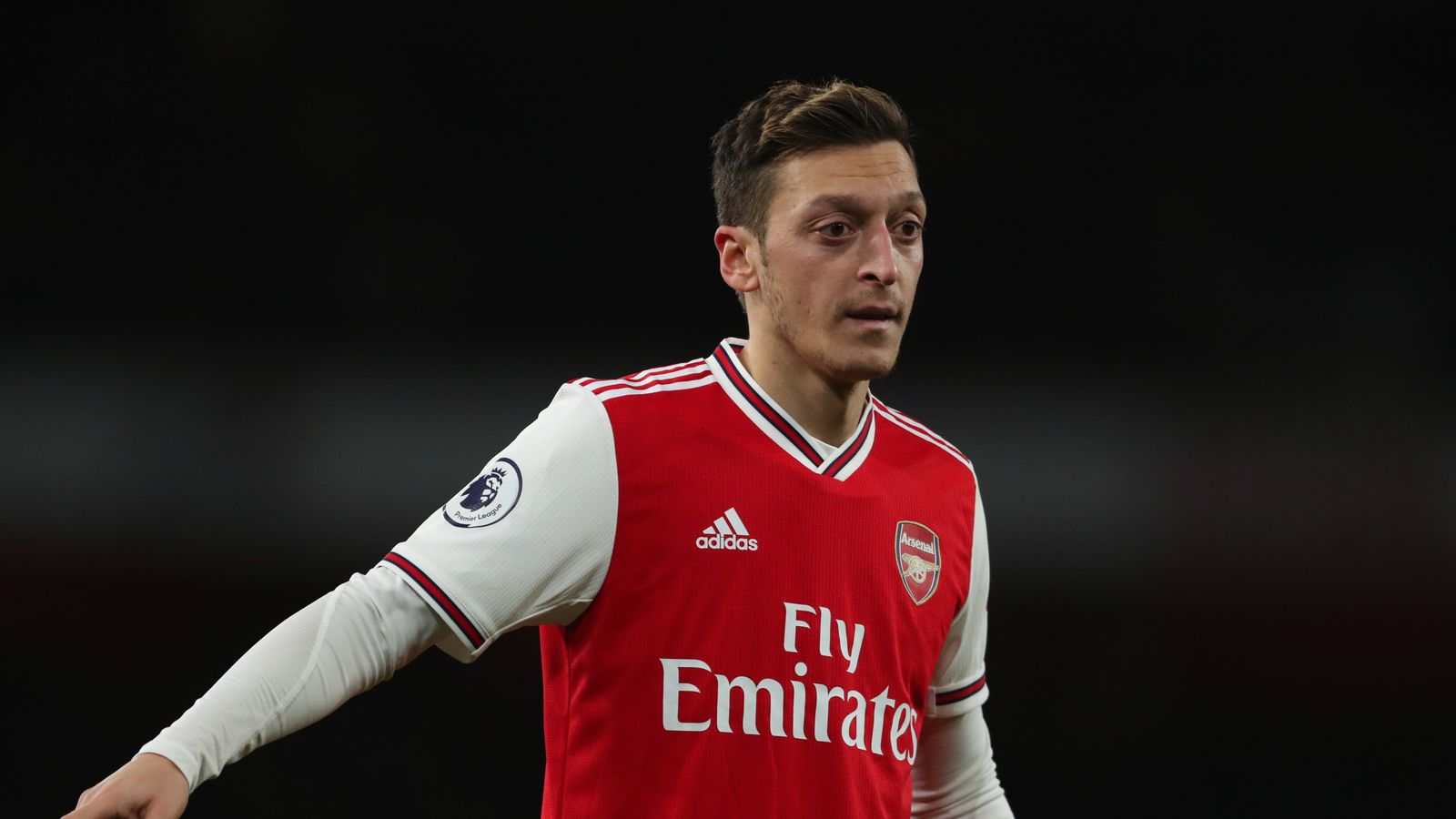 China’s state broadcaster will no longer show Sunday’s match between Arsenal and Manchester City after comments made by the London side’s midfielder Mesut Ozil, according to reports.

The German footballer posted messages on Twitter and Instagram that were critical of China’s policies towards Uighur Muslims on Friday.

The Global Times, China’s national English language newspaper, reported on Sunday that the match would not be broadcast because Ozil’s remarks had “disappointed fans and football governing authorities”.

Arsenal and Manchester City are due to kick off at 4pm UK time on Sunday, which would be midnight on Monday morning in China.

CCTV 5’s schedule shows it now plans to show a taped match between Tottenham Hotspur and Wolverhampton Wanderers instead.

Ozil, who is a practising Muslim of Turkish descent, called Uighurs “warriors who resist persecution” and criticised Beijing’s crackdown and the silence of Muslims in response.

He wrote in his posts on Friday: “(In China) Qurans are burned, mosques were closed down, Islamic theological schools, madrasas were banned, religious scholars were killed one by one. Despite all this, Muslims stay quiet.”

Arsenal tried to distance itself from the comments on Saturday.

The north London club shared a post from its official account on China’s Twitter-like Weibo platform, which read: “The content he expressed is entirely Ozil’s personal opinion.

“As a football club, Arsenal always adheres to the principle of not being involved in politics.”

Arsenal received angry responses on Weibo, with one showing a shredded Ozil football shirt next to a pair of scissors.

Others called for the midfielder to be expelled from the club.

Weibo frequently censors discussion of sensitive topics amid a push by Beijing to clean up China’s internet.

Arsenal had not posted about the issue from its official Twitter account as of Sunday morning, while Ozil’s posts had not been deleted from his social media platforms.

On Saturday, the Chinese Football Association told The Paper, a government-backed news outlet, that it was “outraged and disappointed” by Ozil’s remarks.

The association also described his remarks as “inappropriate”.

The Paper quote an unnamed official from the association as saying: “Ozil’s comments are undoubtedly hurtful to the Chinese fans who closely follow him, and at the same time his comments also hurt the feelings of Chinese people.

“This is something we cannot accept.”

The United Nations and human rights groups estimate that between one million and two million people, mostly ethnic Uighur Muslims, have been detained in harsh conditions in Xinjiang as part of what Beijing calls an anti-terrorism campaign.

China has repeatedly denied any mistreatment of Uighurs.