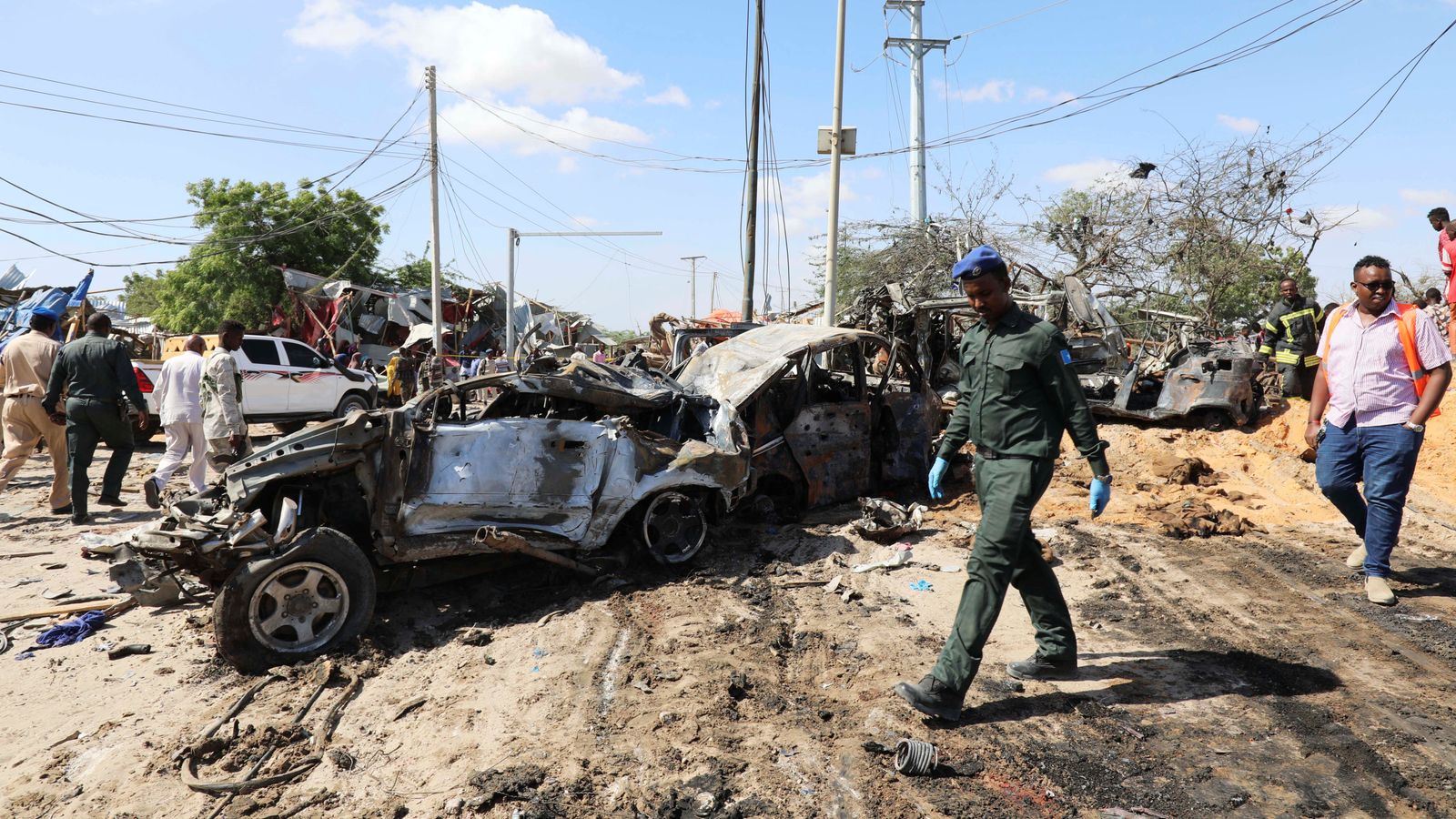 A car bomb outside a tax collection centre in Somalia has killed at least 73 people, according to local officials.

The blast struck a checkpoint during the morning rush hour at the start of the working week in the capital Mogadishu.

Images taken at the scene showed a mass of mangled vehicles below clouds of black smoke.

The number of dead was initially put at more than 60 but the AP news agency, citing government sources, later raised the total.

An ambulance spokesman had earlier warned that further fatalities were expected because of the severe nature of the injuries among an estimated 50 people hurt by the blast.

The city’s mayor, Omar Mohamud Mohamed, said university students were among those killed.