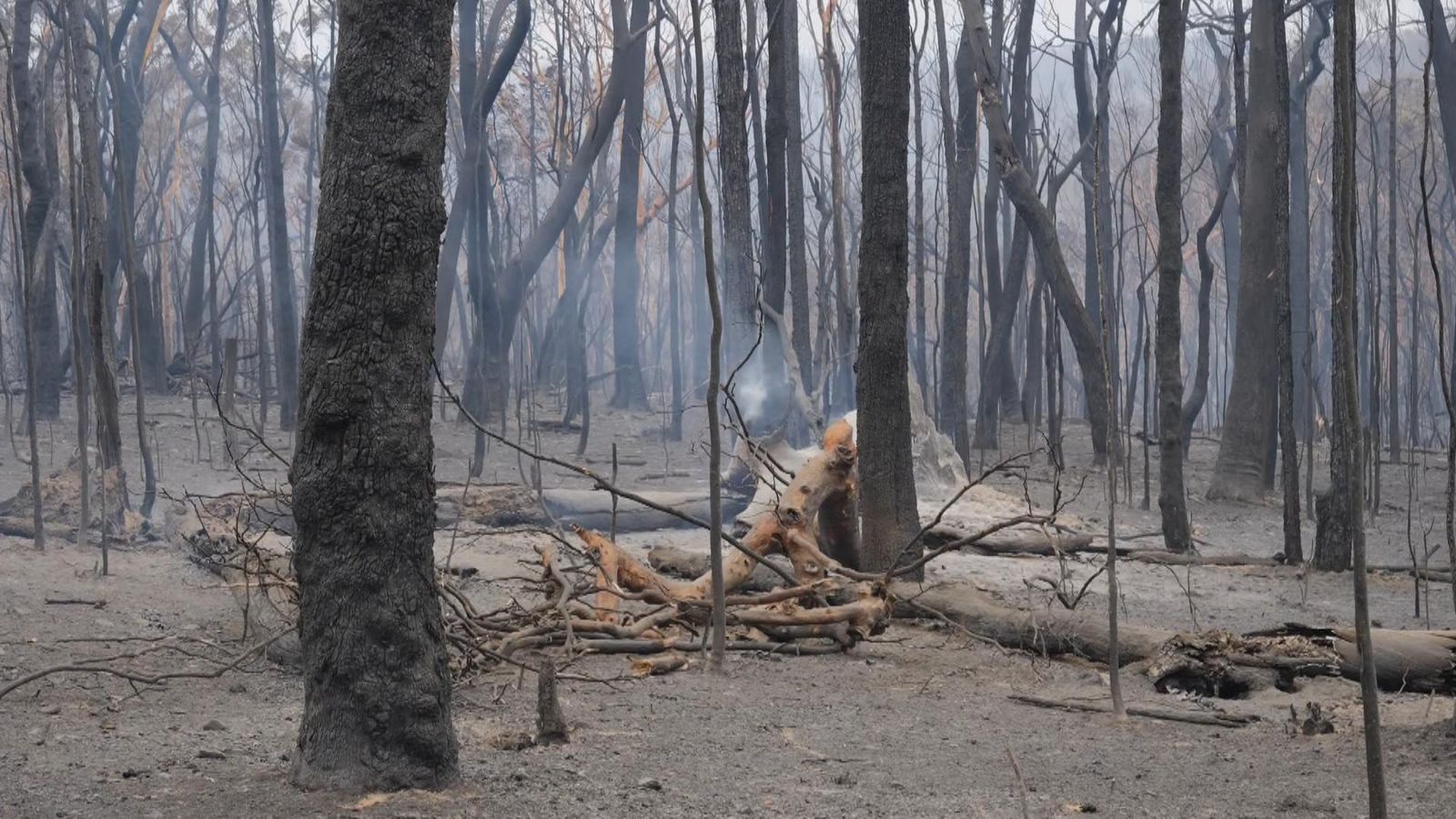 At first, you can’t see the distinction between cloud and smoke.

The sky is so grey here right now, unless you’re familiar with the landscape, you don’t know if what you’re looking at is natural – or a result of these horrific bushfires.

But the further you drive into the Blue Mountains, in New South Wales, the first thing that hits you is the smell.

It’s smoke, a mixture of wood and plastic.

Then you see pockets of flames.

And then acres of a charred, moon-like landscape everywhere.

Just outside the town of Bilpin, we see a helicopter sucking up water from a small lake, flying 30 metres and dumping it over a burning patch of bushland.

Ann Jones is watching it, with her two sons and her daughter-in-law.

On Saturday, her home was surrounded by flames. The family had been warned the fire was coming, and the grandchildren, and the cattle, had been evacuated.

But Ann stayed put. She told me she wanted to watch for spot-fires, where an ember from an existing fire sets off a new burn, in order to better direct her sons and fire crews.

Ann has seen bushfires before. 2002 was a particularly bad year. But she says it’s never come as close to her home before. She escaped by about 10 metres.

Ann’s son, Phil, shows, me a video of the previous day’s blaze. The pictures are terrifying.

But as dramatic as these pictures are, it’s seeing what’s left that is truly heartbreaking.

Just down the road, a local cafe, called Tutti Frutti, couldn’t be saved.

Its owners lived on site. Where they’ll stay tonight is uncertain.

A local volunteer firefighter, Greg Giles, tells me at the moment it feels never-ending.

Some of the local, part-time teams have been working around the clock.

The fire is so ferocious in places, even a tiny ember can spark a new blaze, so they need to keep on drenching them.

Despite it all, Greg is optimistic. “Christmas will be Christmas”, he tells me, “just a bit black!”

Bushfires are familiar to people who live in these rural parts of Australia, but at the moment they feel like an uncertain foe.