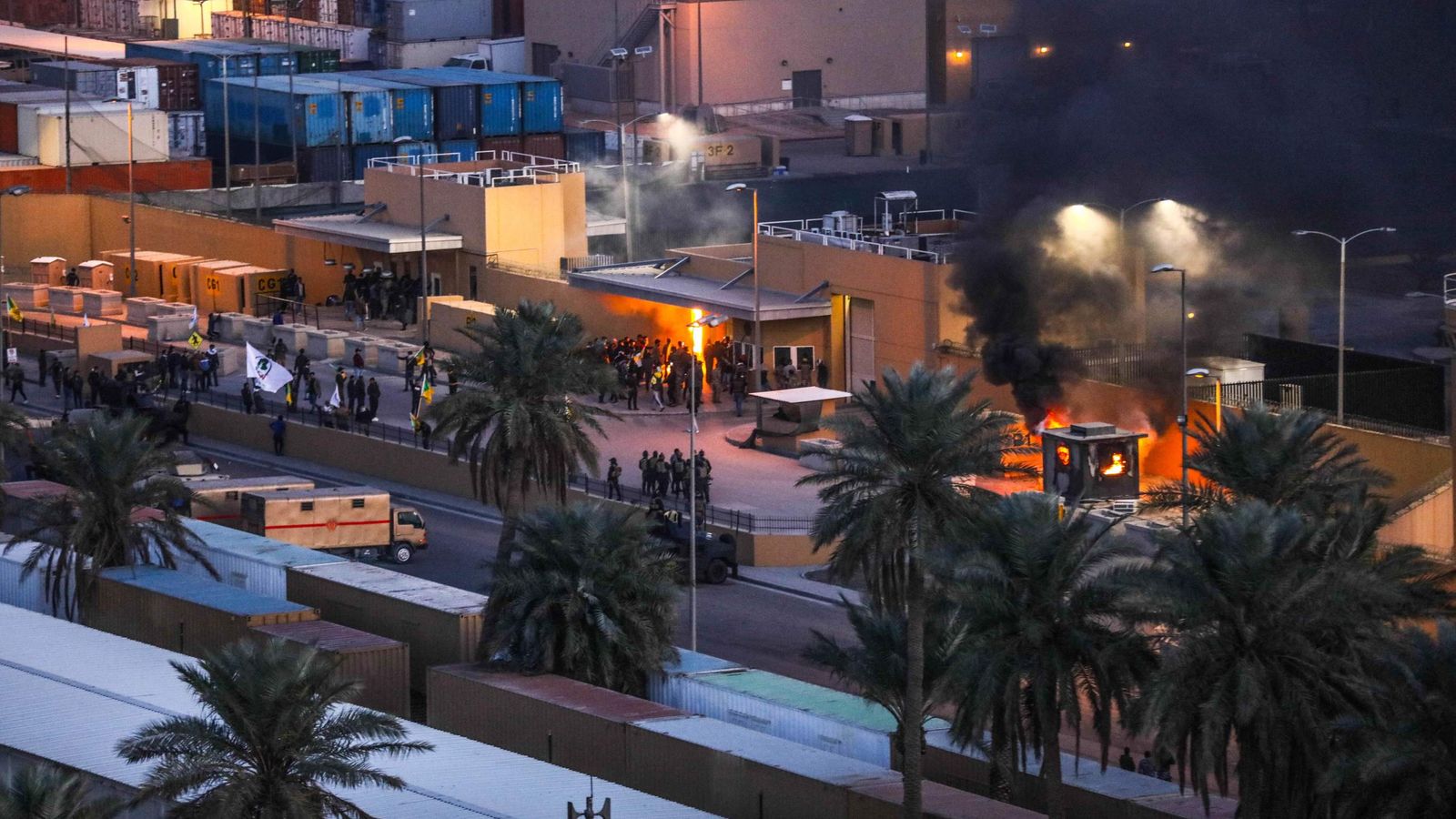 Donald Trump has warned Iran that will probably be held accountable for lives misplaced in assaults on any US services, saying: ‘This isn’t a warning, it’s a menace’.

The US president spoke after protesters offended about US air strikes on Iraq stormed a safety submit on the US Embassy in Baghdad.

Mr Trump has stated the assault was orchestrated by Iran, a declare Tehran has denied.

“Iran can be held absolutely accountable for lives misplaced, or harm incurred, at any of our services. They’ll pay a really BIG PRICE! This isn’t a Warning, it’s a Menace,” Trump wrote on Twitter.