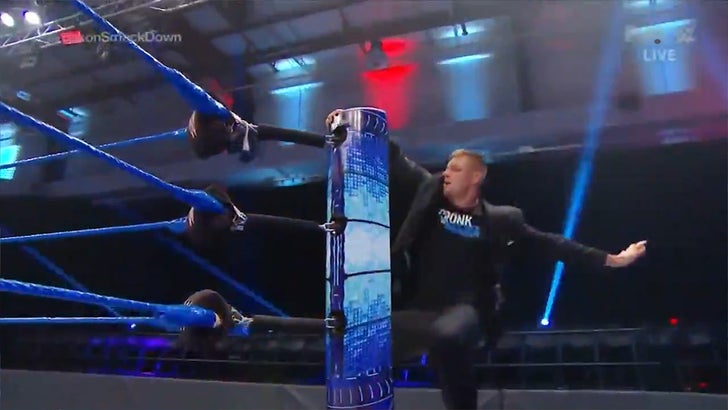 The Gronk period of WWE is formally right here!!!

Rob Gronkowski made his first look on SmackDown on Friday … and the dude went BONKERS proper out of the gate!!

Gronk’s BFF Mojo Rawley grabbed the mic on the WWE Performance Center in Orlando and gave Rob one of many biggest, most hype intros ever … regardless of the actual fact there have been no followers within the stands (due to the COVID-19 pandemic).

The music got here on, Gronk busted out into the world … AND DANCED HIS ASS OFF!

He even grinded on one of many turnbuckles!!

Once the previous New England Patriots tight finish made it contained in the ring, he took the mic and bought even MORE turned up!

“Let me tell you something,” Gronk stated to the empty enviornment … “I’ve been watching [WWE] since 2nd grade!”

Gronk even joked that regardless of “zero” folks within the stands, “I’m still hype baby!!”

Later on, there was some good ol’ usual trash discuss from Baron Corbin — who roasted Gronk for being injury-prone … “I know you know something about getting hurt.”

The gloves are off, child!!!

Next up for Gronk … he is internet hosting “WrestleMania 36” — a 2-night event beginning on April 4th which can even happen on the Performance Center with out followers.

By the way in which, Orlando is just 85 miles from Tampa Bay … the place Gronk’s buddy Tom Brady is beginning his new job. Maybe he’ll pop over and say hello? Sign a new contract possibly?