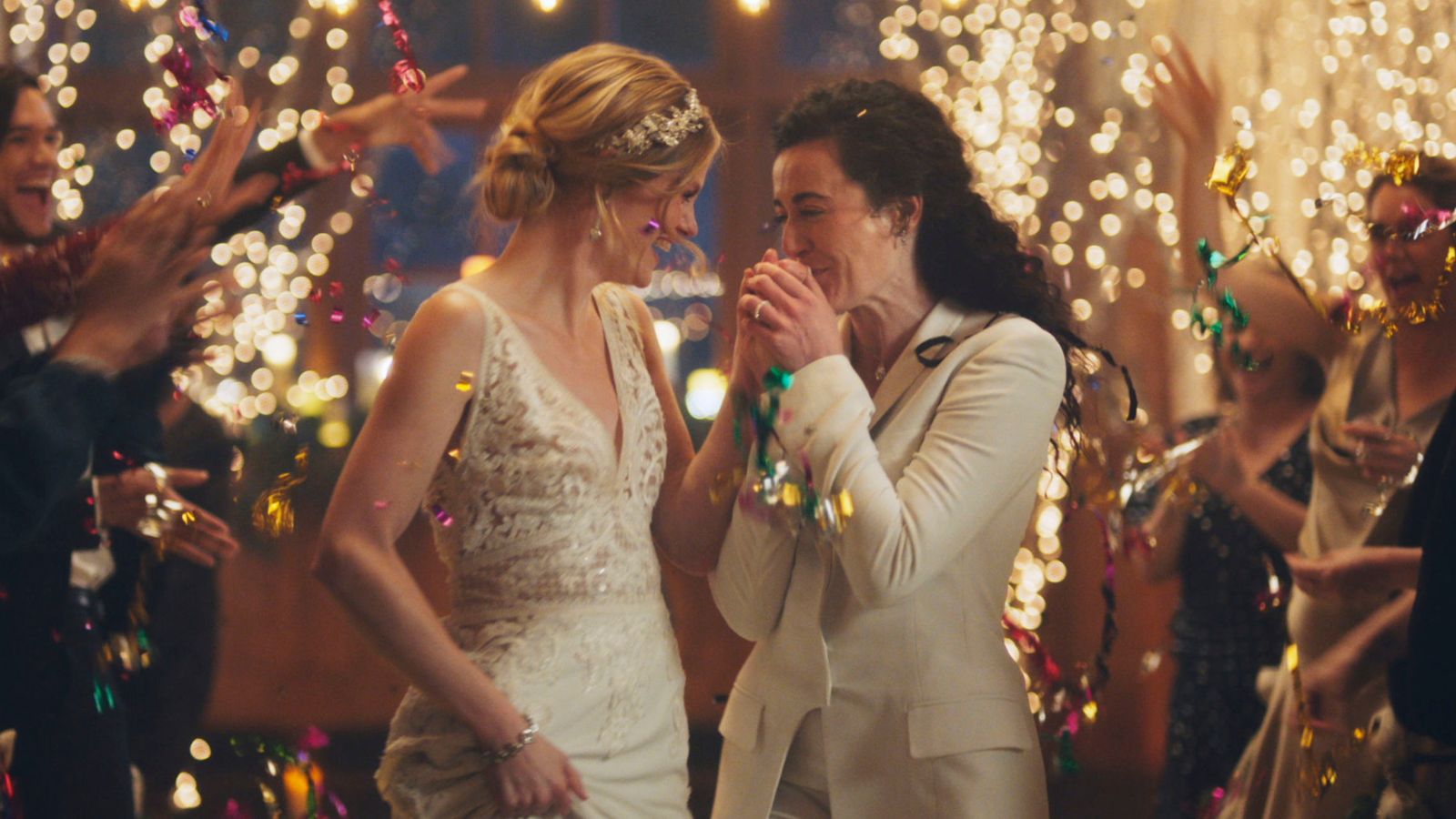 The Hallmark Channel has said it will resume showing same-sex marriage adverts it pulled after criticism from a conservative group.

Mike Perry, president of Hallmark Cards, which owns the channel, has said it was “the wrong decision” to stop showing them.

Wedding planning site Zola had six adverts on the Channel, with four including a lesbian couple.

At least one of them featured two brides kissing at the altar.

Crown Media Holdings, the subsidiary of Hallmark Cards which owns the channel, pulled the four same-sex adverts following a complaint from the conservative One Million Moms group.

One Million Moms says on its website that it aims to “stop the exploitation of our children, especially by the entertainment media”.

After the decision to pull the adverts was reversed, Mr Perry said: “The Crown Media team has been agonising over this decision as we’ve seen the hurt it has unintentionally caused.

“Said simply, they believe this was the wrong decision… we are truly sorry for the hurt and disappointment this has caused.”

Zola has said it is relieved by the decision.

The company’s chief marketing officer, Mike Chi, said on Sunday: “We are humbled by everyone who showed support not only for Zola, but for all LGBTQ couples families who express their love on their wedding day, and every day.”

After Hallmark stopped showing the same-sex adverts, but not the two with opposite-sex couples, Zola pulled its remaining ads.

The company, who announced it would not advertise with Hallmark again, has now said it will be in touch with the channel “regarding a potential return to advertising”.

A BoycottHallmark hashtag began trending on Twitter after the firm withdrew the adverts.

DeGeneres, who included the Twitter handle for Hallmark Channel president Bill Abbott in her post, wrote: “Isn’t it almost 2020? @hallmarkchannel, @billabbottHC… what are you thinking? Please explain. We’re all ears.”

Shatner wrote: “Shame on @hallmarkchannel. Put the commercials back! @1milmoms has 4k followers. I have 2.5million and my friends have more. Who are you going to listen to?

“They are NOT a majority here. Both me and my followers watch your shows, do they? #loveislove Do the right thing.”

A post on the One Million Moms website said on Saturday that Mr Abbott had “reported the advertisement aired in error” when it approached him about the commercials before they were pulled.

The group also wrote: “The call to our office gave us the opportunity to confirm the Hallmark Channel will continue to be a safe and family-friendly network.”

City News promises to be a fair and objective portal, where readers can find the best information, recent facts and entertaining news. Newspaper is the best selling News Theme of all time and powers this amazing demo!
Contact us: [email protected]r.site