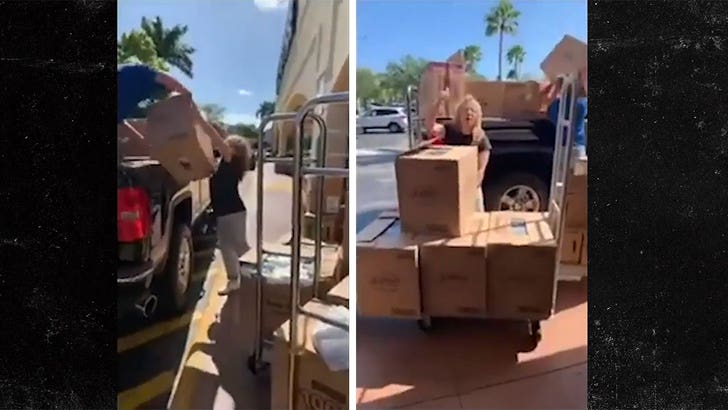 It’s a fairly beautiful sight … containers and containers of things — allegedly untold rolls of bathroom paper and paper towels — carted out of a Dollar Tree, as an ANGRY buyer offers the girl a chunk of her thoughts.

It went down in Florida, and the photographs are wonderful. The video begins mid-confrontation.  The girl capturing the video says she was simply flipped off by the girl carrying the containers. She repeatedly calls the woman out, accusing her of probably attempting to revenue off the objects.

The girl carrying the containers ultimately snaps and flips the opposite girl off. And then, the girl confronting her took a guess … asking the girl if she was a Trump supporter, and boy, did she chew.