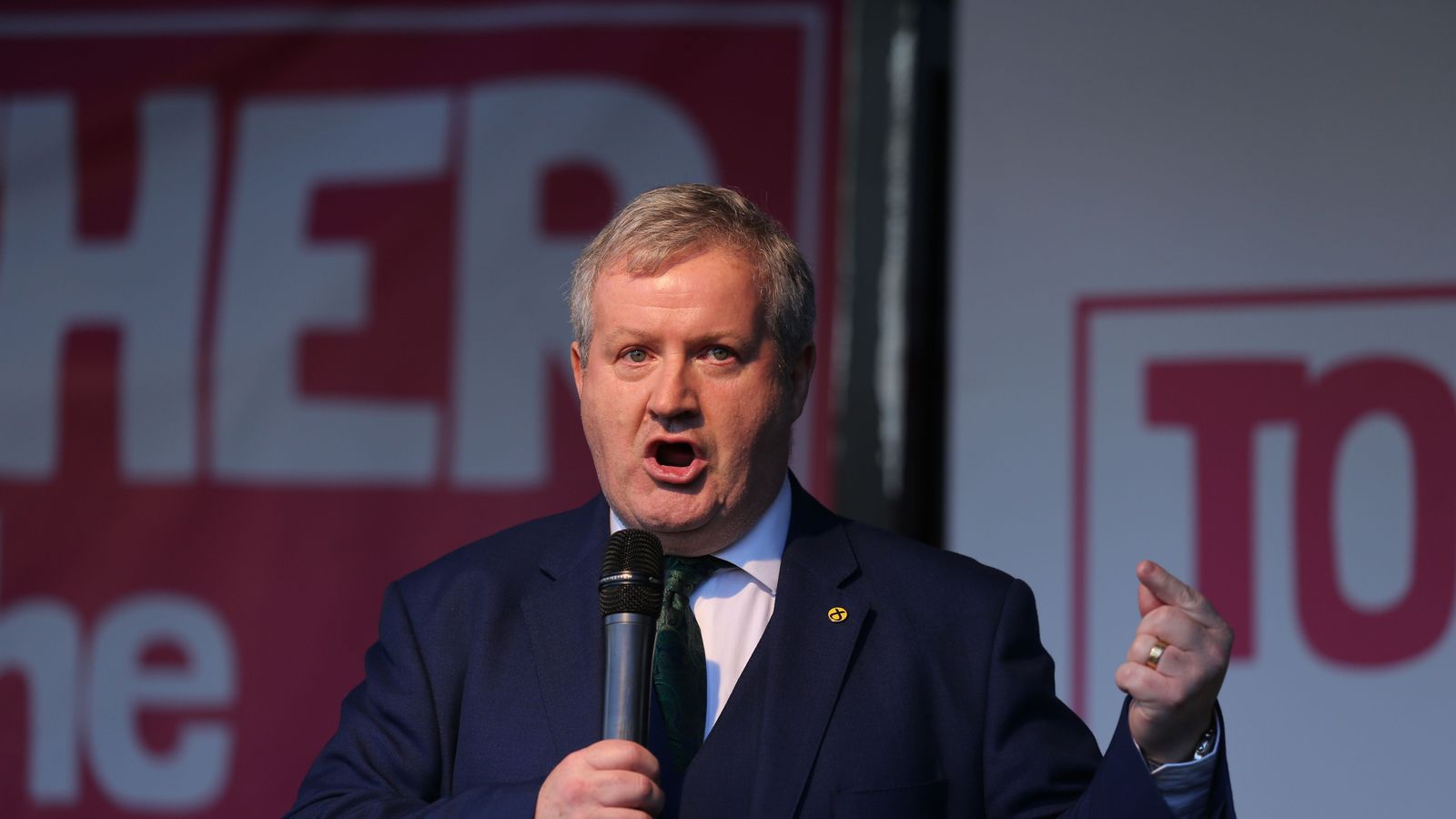 It has been a productive 24 hours for Ian Blackford, the SNP’s leader at Westminster.

First, he retained his Ross, Skye and Lochaber seat with a majority of nearly 9500 votes – while his colleagues came close to sweeping the board across Scotland’s 59 constituencies.

Now, Sky News can reveal that Mr Blackford is about to toast a payday from the estimated £45m sale of a telecoms company he chairs.

Sources said on Friday that the businessman-turned-MP was in line for a windfall from the takeover of Commsworld by LDC, the private equity division of Lloyds Banking Group, Britain’s biggest high street lender.

The deal, which could be finalised early next week, is understood to have been put on hold during the general election campaign after the Labour Party announced that it would provide free fast broadband to British homes and businesses.

“He’s probably the only SNP MP who has reason to be grateful for a Tory majority,” said a Whitehall insider.

Commsworld, which is based in Edinburgh, employs more than 100 people and has offices in cities including Aberdeen and London.

The company supplies telecoms networks and internet services to customers including The City of Edinburgh Council and Glenmorangie, the spirits producer.

It is one of a pack of successful telecoms infrastructure businesses set up to capitalise on growing corporate demand for cloud-based services and more reliable communications networks.

The spectre of Labour’s plans to nationalise Openreach, the part of BT Group which is responsible for Britain’s broadband infrastructure, has hung over the telecoms sector in recent weeks.

Sky News revealed last month that a £200m deal for CityFibre Holdings to acquire a division of TalkTalk Telecoms Group had been put on hold within minutes of John McDonnell, the shadow chancellor, announcing the nationalisation plan.

When contacted by Sky News, Mr Blackford declined to comment on the size of his shareholding in Commsworld but denied a suggestion that it was as high as 6%.

In the register of MPs’ interests, Mr Blackford discloses only that his stake in Commsworld is worth more than £70,000.

He recorded recently that he works eight hours per quarter for the company, and receives £1000-a-month for his role there.

A former investment banker, the SNP MP is also a director and part-owner of First Seer, a strategic and financial consultancy.

In the new parliament, Mr Blackford is set to press Boris Johnson, the newly re-elected prime minister, for a second Scottish independence referendum.

One source pointed out on Friday that a break-up of the Union would pose a financial and practical headache for Lloyds, the owner of Commsworld’s new backer.

Further details of the LDC deal with Commsworld were unclear.