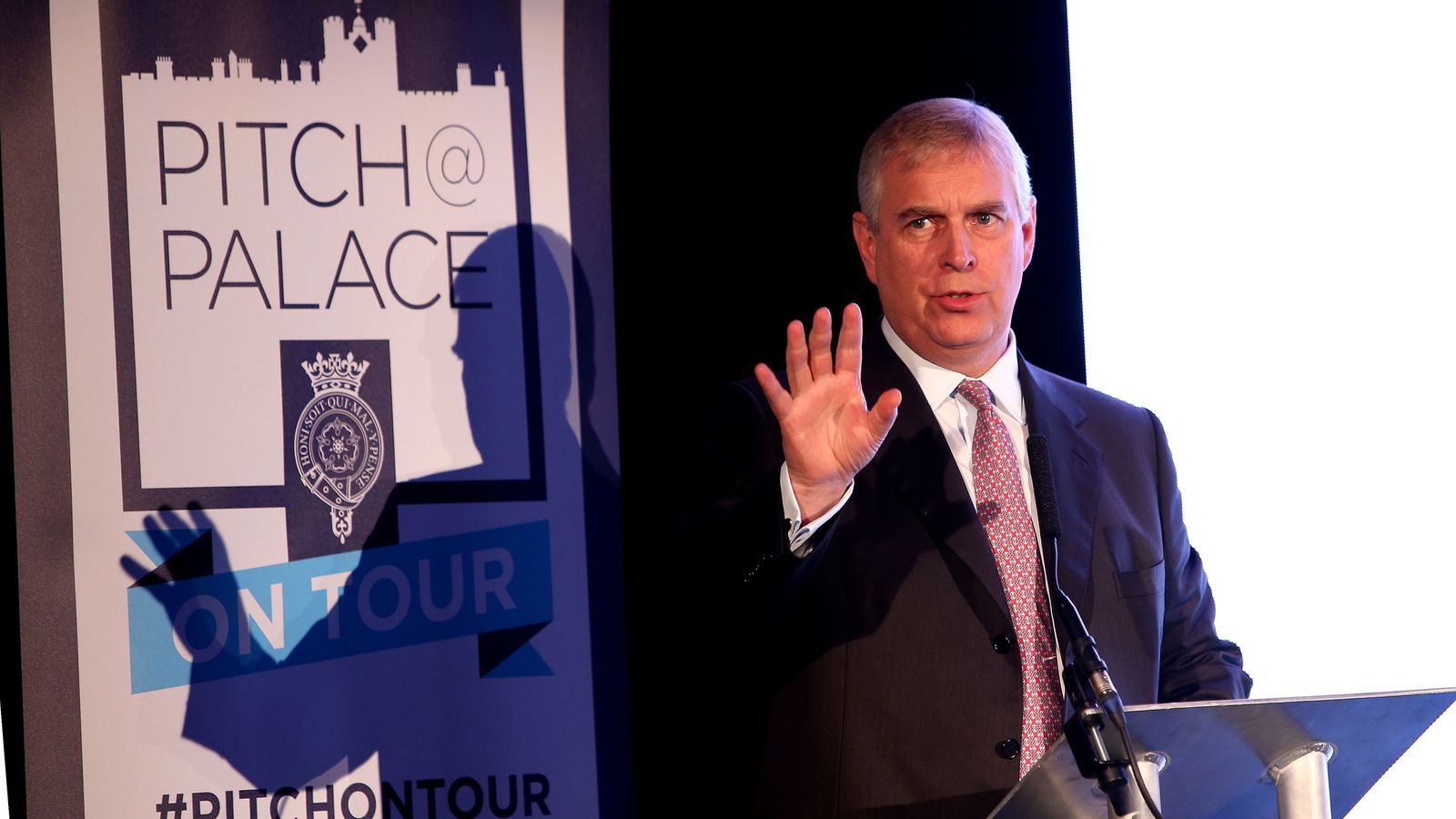 The boardroom exodus from the Duke of York’s flagship corporate project is to continue with the imminent resignations of two more of its directors.

Sky News has learnt that Martin Dunnett, a private equity executive, and Alex Johnston, an app developer and investor, are close to tendering their resignations from [email protected]

Sources said their departures were likely to be confirmed in filings in the coming weeks.

The initiative, which has been caught in the fallout from Prince Andrew’s decision to step back from public duties in the aftermath of his disastrous BBC interview last month, says it has helped nearly 1,000 start-ups since being set up in 2014.

If their resignations are confirmed, Mr Dunnett and Mr Johnston would become the fourth and fifth directors to quit since the row over the duke’s friendship with the convicted sex offender Jeffrey Epstein was reignited.

Although Companies House records still show the directorships of Mr Dunnett and Mr Johnston as “active”, insiders said they had privately indicated their intention to resign.

Their resignations would leave only three remaining board directors, including Amanda Thirsk, the duke’s private secretary, and Johan Eliasch, a prominent businessman.

A string of corporate partners, including Barclays and KPMG, said they would not renew their association with [email protected] amid the latest row, although in some cases the companies had decided to end their involvement before the latest crisis erupted.

One insider said that some of the departing board members had proposed ideas for enabling [email protected] to continue operating through a strategic review that would take place early next year.

Business allies of the duke said they were “dismayed” at the portrayal of [email protected] in media reports in recent weeks, pointing to the volume of British start-ups which had benefited from the venture’s backing.

[email protected] says it has created almost 6,000 jobs since its inception and generated more than £1.1bn of new economic activity.

The survival rate for companies backed by the initiative is put at 97%.

While contracts included a clause for such equity transfers to ensure that the project was conducted on commercial terms, one insider said the duke had never exercised it.

The most recent event staged under the [email protected] banner was switched last week to the Corinthia, a five-star hotel in central London.

The duke did not attend it.

Sources said the initiative’s future direction was unclear and that there was likely to be a review of its ownership, structure and governance, with new board members likely to be appointed.

Neither Mr Dunnett nor Mr Johnston would comment when contacted by Sky News.