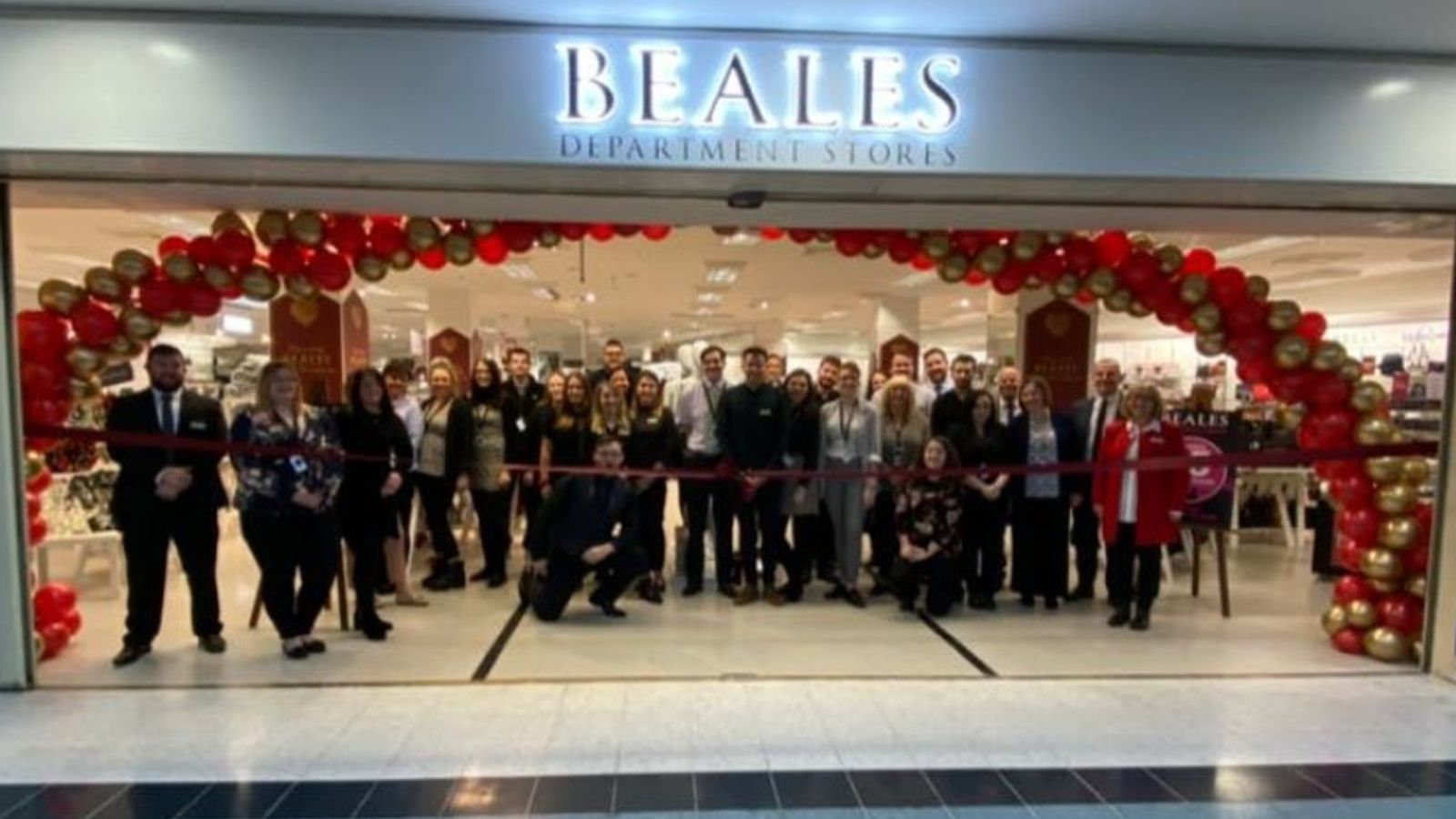 Sky News has learnt that Beales, which is privately owned, has hired KPMG to lead a quick-fire strategic review that could lead to its exit from a small number of stores.

Sources said on Monday evening that the company, which was founded in Bournemouth in 1881 by John Elmes Beale, wanted to negotiate rent reductions with some of the owners of its 22 stores.

Beales, which sells brands including Hobbs, Phase Eight and Tommy Hilfiger, employs about 1,300 people directly, with a further 300 working in branded concessions in its shops.

A statement about the strategic review is expected to be made on Tuesday.

Beales’ stores in market towns are said to be performing well, while a number of new formats introduced by its management team have also produced encouraging results, according to insiders.

The department store chain is thought to be keen to explore debt-raising options that would enable it to accelerate its restructuring amid a brutal retail environment.

An outright sale of the business, while possible, is not understood to be a serious option.

Beales is majority-owned by a vehicle led by Tony Brown, a stalwart of British retailing who has held senior posts at chains including 99p Stores, Peacocks and BHS.

Mr Brown led a management buyout of the business last year, and is understood to be seeking a conclusion to the refinancing process by early in the new year.

Beales was a public company until its shares were delisted in 2015.

It has since been owned by several different private investors.

In 2016, it secured creditors’ backing for a Company Voluntary Arrangement (CVA), paving the way for substantial rent reductions at 11 of its then 29 stores.

Beales’ review of financing options comes at a difficult time for the high street, and an even more torrid period for department store operators.

Mike Ashley, the tycoon whose Sports Direct International group officially changed its name to Frasers following shareholder approval on Monday, warned that an unspecified number of House of Fraser stores would close under his ownership.

Mr Ashley used his company’s results statement to pour further scorn on Debenhams, the rival chain which spurned a string of refinancing and takeover proposals from him.

Debenhams was forced to go through a pre-pack administration earlier this year, and its long-term future remains in doubt.

John Lewis is also predicted by analysts to face a difficult Christmas period.