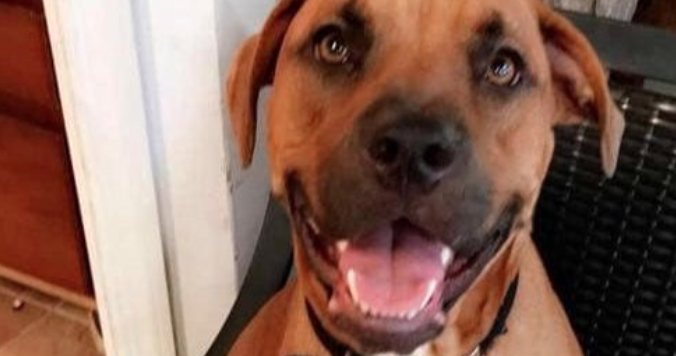 The weeks-long search by police, animal control and community members for a missing dog named Jax, who disappeared after a car crash in Ocean County, New Jersey, has finally come to an end.

On June 24, Gabrielle McMillan, 23, was driving east on Route 72 in Stafford Township at the Jersey Shore when she lost control of her vehicle and crashed into a telephone pole near the Causeway Bridge leading into Long Beach Island. The impact sent her car rolling and her dog, Jax, running.

McMillan was hospitalized for non-life threatening injuries in Atlantic City and released shortly after in stable condition.

In the meantime, Stafford Township police began searching for Jax with local animal control, who eventually set up feeding stations, cameras, and articles of McMillan’s clothing throughout a park on Cedar Bonnet Island, where the dog was believed to be roaming.

“Efforts are being made to secure the dog safely,” police wrote on Facebook on day two of what would be a two-week search. “Jax was sighted today and appears to be uninjured. We are asking the public not to intervene at this time in attempting to rescue or secure the dog.

By June 29, viral posts on social media from police updated the public on Jax’s whereabouts. More than a week into the search, police actually told people to stop asking — Jax updates were not available, and police were being overwhelmed with requests.

“Jax continues to eat and drink water, and appears to be in good health,” police said.

“Today has to be the day or night that he is found,” McMillan posted on Facebook on June 27. “This is mentally killing my family and I. We are drained we are not working we are focusing on bringing our family member Jax home safe. I am so grateful for my family and to live in such a place where complete strangers are willing to pull together and help. Jax is in a certain area and he is terrified.”

On Monday night, after 15 days missing, authorities were able to trap Jax, and he was safely returned to his family.

“Great news, Jax was rescued last night, and has been reunited with his family!!!” police posted on Facebook. “Thank you again for all of your positive posts, thoughts and prayers.”

A GoFundMe created by friends of McMillan was set up to help her and her boyfriend, who have been out of work for weeks recovering and looking for Jax. By Tuesday morning, it had raised $500.