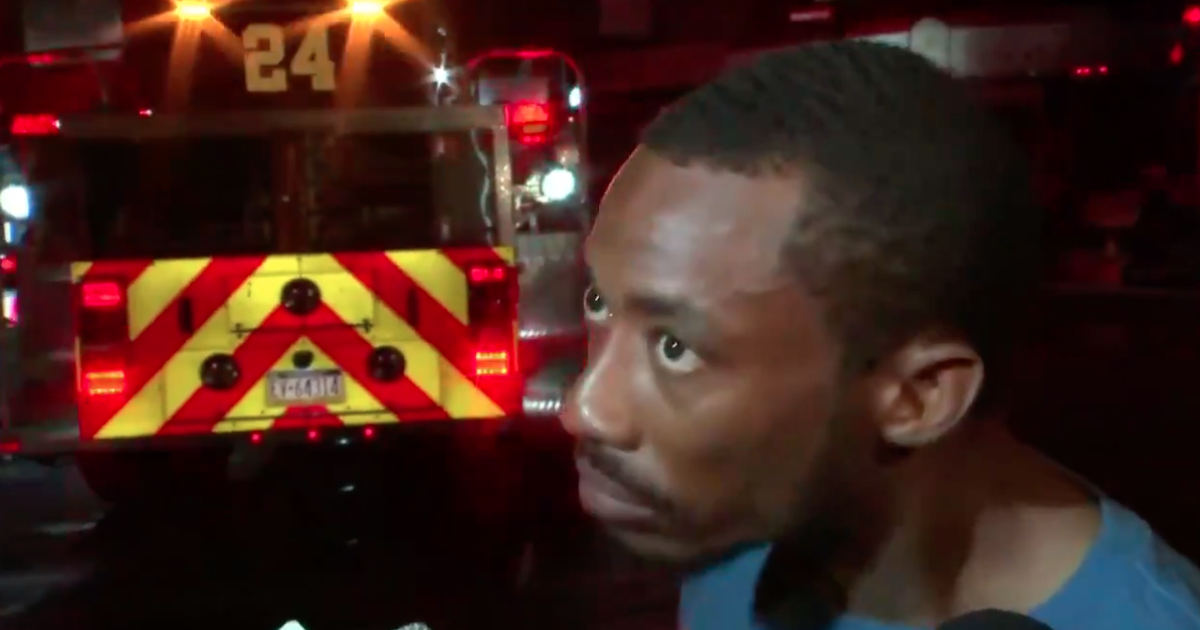 An interview posted by CBS3 from the scene of a fire that broke out overnight in a West Philadelphia apartment building, which hospitalized three people and displaced 10, is going viral on Monday, because it proves Philadelphians will criticize the Eagles *literally* whenever they can after a loss.

Hakim Laws told reporters he intervened with the rescue when he saw the building on fire around 2 a.m. on Sunday. Law is being called a “hero” for catching children being thrown to safety from the burning building.

“I ran to the back door to see if it was open and it was,” the man said. “I ran upstairs and I was greeted with smoke, and I ran back downstairs. By that time, the ladder truck was pulling up and, ironically, me and one of my old co-workers took the ladder off the truck and raised it up and assisted people down. My man just started throwing babies out the window.”

And then, in honor of wide receiver Nelson Agholor’s pair of dropped passes and lost fumble in the Eagles last two games:

“We were catching them — unlike Agholor and his mishaps, I would like to put that out there” he said.