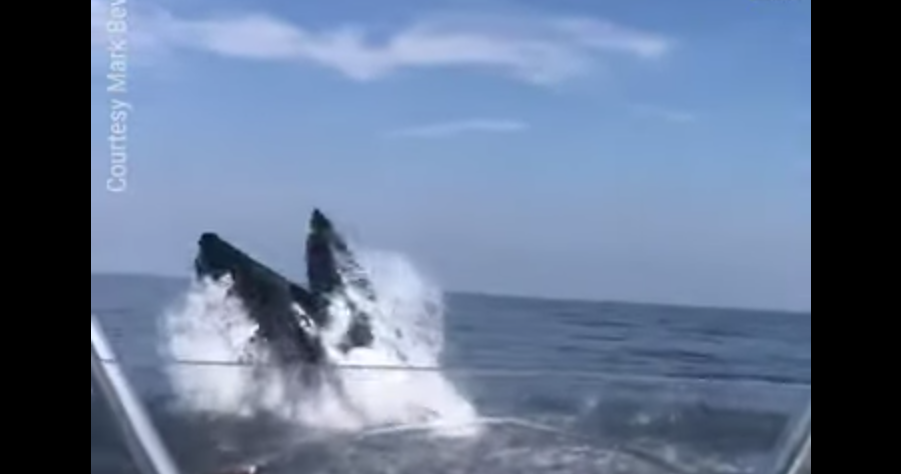 Extraordinary video of a whale jumping out of the ocean as it tries to catch fish was captured by a father and son from Chester County during a boating trip near Sea Isle City, New Jersey.

Mark and his son Frank Bevevino, from Malvern, were on their boat on the morning of Sept. 12, about two miles off the coast of Sea Isle, when Mark spotted a large number of bunker fish swimming near the surface of the water and started recording video on his iPhone, 6ABC first reported.

The video, which Mark Bevevino posted on Facebook over the weekend, shows the ocean bubbling with the small fish swimming frantically just before the massive whale breaks through the surface of the water with its mouth agape.

The look on Frank Bevevino’s face pretty much says it all.