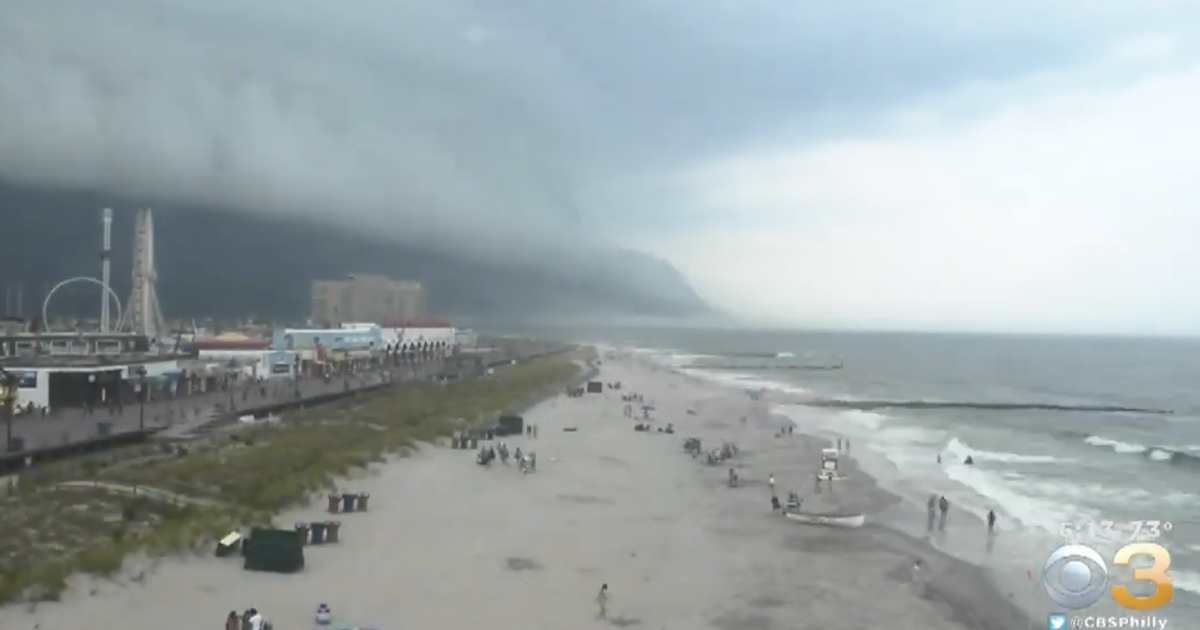 The video, posted after Wednesdays rain, shows a shelf cloud passing over the Ocean City boardwalk before bringing in thunderstorms.

Also known as an arc, these rare varieties of clouds are typically seen at the leading edge of a thunderstorm or squall line of thunderstorms, according to The Weather Channel. While menacing in appearance, shelf clouds are not tornadoes or wall clouds.

In the video, you can see the rolling pin effect of the cloud before the normal storm clouds roll in, via the CBS3 Sky Cam.