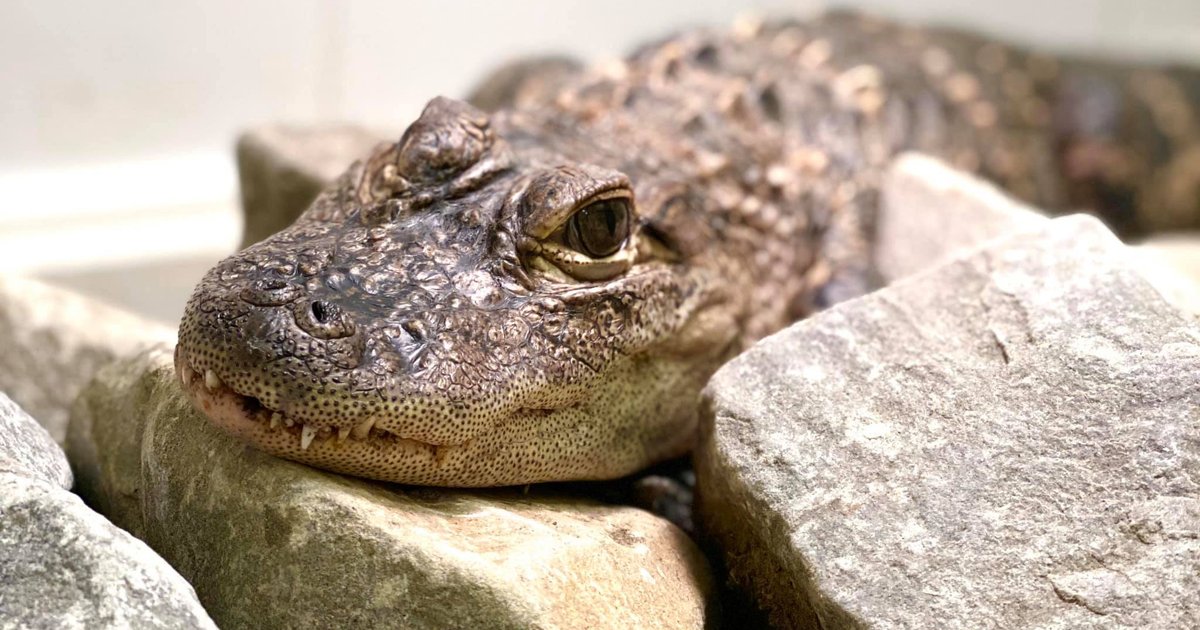 A Pittsburgh man and his girlfriend spotted the seventh alligator to turn up around the Allegheny River this year.

George DeSavage told WTAE the couple saw the animal down by the river banks in the Lawrenceville neighborhood of the city on Tuesday evening while they watched the sunset.

To save the animal or another passerby from possibility getting hurt, DeSavage said he went down to the river and “grabbed” it. He said the animal was “calm” and showed signs of being accustomed to being handled and around humans.

But DeSavage also told the station he doesn’t recommend trying to pick up an alligator if you find one. Just call the cops, he said.

The Humane Animal Rescue shelter in the Homewood neighborhood of Pittsburgh, which named the gator “Gus,” believed it had previously been a pet. Gus remains in the care of the shelter.

Other alligator sightings have occurred in the Pittsburgh neighborhoods of  Carrick, Beechview and South Side and outside the city in Shaler Township.