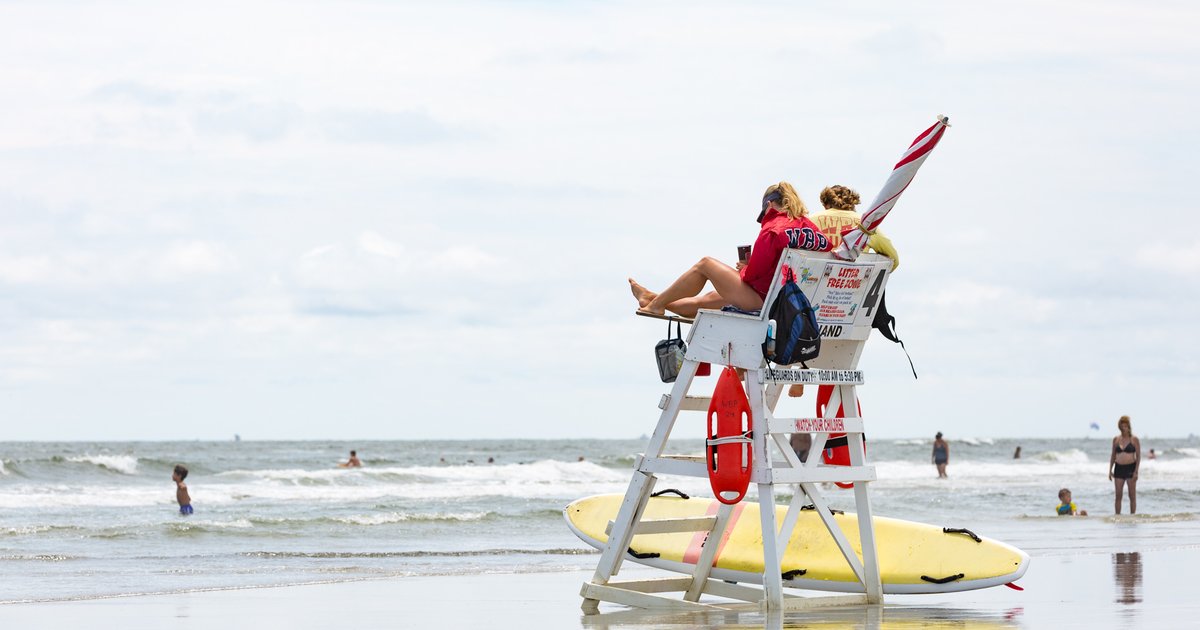 Lifeguards at Rehoboth Beach, Delaware, are getting some backlash on social media after they disposed of a dying shark that had washed ashore in a trash can over the weekend.

The four-foot long shark was reportedly getting pushed around by waves in the shallow surf near the beach and drawing a large crowd of beachgoers, the DelawareOnline reported. By the time lifeguards attempted to dispose of it, the shark was unresponsive, covered in lesions, unable to move, and could have been carrying disease, Rehoboth Beach Patrol Capt. Kent Buckson said.

Protocol for wildlife washed ashore would have been to put the shark in a trash bag until public works officials could transport it to a more remote part of the beach to bury it in a six-foot deep whole.

On Sunday, the guards apparently did not have a bag so they disposed of it in a bag-lined trash can, Buckson said.

Video of the incident shows a large crowd gathering around two guards, who carried the shark to the beach patrol station with a shovel.

“The lifeguards tried to put the shark back in the water and out to sea,” Buckson told Delaware-surf-fishing.com. “It kept washing back onshore and it was nearly dead. Eventually it was no longer responding or seemed alive. The lifeguards then carried the shark up to the Patrol station building.”

If the animal had been alive and swimming, the guards would have placed it in a kayak and taken it further out to sea, Buckson said.

Delaware-surf-fishing.com reported the animal was a sandbar shark, which is protected species in Delaware and illegal to kill, catch, or keep. In the end, Buckson said taking the shark out of the water was the right move.

“The trash can wasn’t the right thing, but it was the only option at that time to protect the public from a possibly infected, dead shark,” he said.