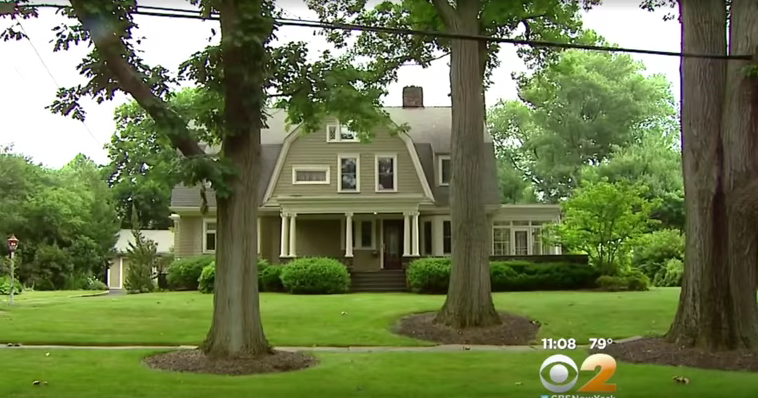 The owners of a Westfield home that was targeted with creepy anonymous letters have finally sold the property, taking a $400,000 loss after years of media attention and attempts to redevelop the lot.

Derek and Maria Broaddus sold the Dutch Colonial revival on July 1 at a price of $959,360, well below the $1.4 million they spent on the property in 2014, Bloomberg reported Thursday.

The Broadduses left the home after they began receiving letters from an unknown writer who claimed to have served as a spirit at the property’s for some 20 years. The writer made alarming references to the Broadduses’ children, welcoming their “young blood” into the home.

When the Broadduses learned that the previous owner had also received letters, they filed a lawsuit claiming that the existence of “The Watcher” should have been disclosed. The suit was dismissed.

A criminal investigation to determine the identity of the “The Watcher” has never turned up an answer, but interest in the story has attracted the likes of Netflix producers, who acquired the rights to the Broaddus family’s ordeal.

The home was rented out at various points as they Broadduses sought a solution to their dilemma. An attempt to tear the house down and redevelop the lot into two homes met stiff resistance from residents in the upscale section of the wealthy neighborhood.

Considering the property’s notoriety, it may be difficult to determine whether any future letters to the new homeowner are the work of the original Watcher or others attempting to perpetuate the story with a prank.