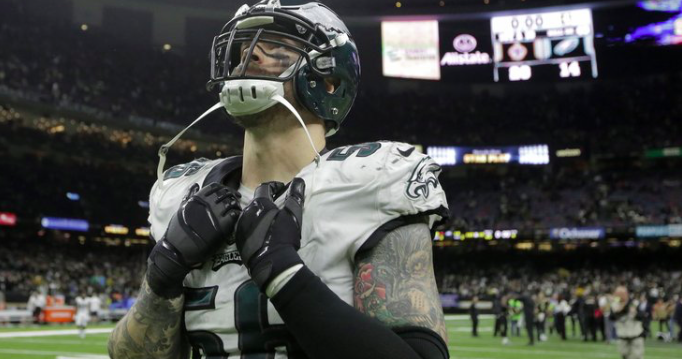 On his flight home from Paris for Men’s Fashion Week, Newton was seen offering a man $1,500 to switch seats with him; Newton’s seat was back in coach. The man refused his money and all 6 feet 5 inches of Newton took a sad walk to his seat for the long flight back from Europe.

There were plenty of jokes made at Newton’s expense after the rejection, mainly from those wondering why a multimillionaire athlete would fly coach for an international flight. (It turns out there was a reason.)

SLATER SCOOP: Wondering why a quarterback making $20M a year was flying coach?

Cam Newton paid for a business class seat from Paris to Charlotte, but missed his flight. His only option to fly home that day was through Dallas in regular economy class with no extra legroom. https://t.co/JafvtHxgYk

Others had a different spin on the encounter.

Imagine being on a flight and Cam Newton offers the guy next to you $1500 so CAM NEWTON can sit next to you and the guy says no.

I’m flying wherever Cam Newton going. And every time, I’m asking, how’s the flight? You like your seat?

No shame in the hustle.

Former Philadelphia Eagles defensive end Chris Long probably had the best response to the situation in a back-and-forth with Amtrak.

Frankly, Long should have been the one in Paris for Men’s Fashion Week.

He would have had Newton beat there.