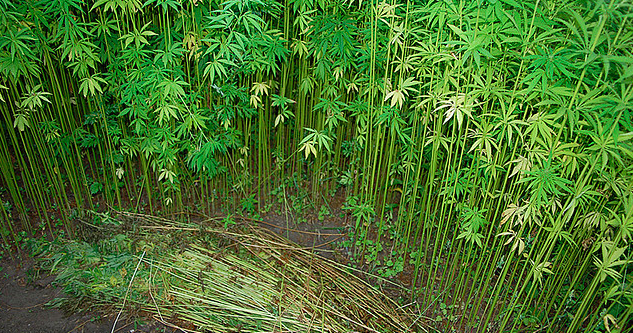 Some Amish farmers in Chester County are dealing with a nightmare situation: uninformed thieves in search of a free high.

Two farmers in Honey Brook, Pennsylvania, told the Reading Eagle this week that they’re dealing with a rash of hemp plants gone missing. The farmers, who suspect thieves believe hemp will give them the same high as marijuana, have installed an electrified fence, to no avail.

“We just had 20 plants stolen,” one farmer told the Eagle. “They are taking them in the middle of the day.”

Each plant stolen costs the farmers somewhere between $5 and $6, according to the Eagle.

Hemp, which was legalized for growing in Pennsylvania and across the country last Decemeber, is often conflated with marijuana, which is not legal to grow in Pennsylvania.

Both products contain cannabidiol (CBD) and tetrahydrocannabinol (THC), the ingredients which lead to the psychoactive high that comes with smoking marijuana, but in vastly different amounts: marijuana can reach nearly 30% THC by dry weight; hemp, on the other hand, never eclipses 0.3%.

Hemp is instead used for a variety of products, like rope, clothing, paper, bioplastics, and insulation, according to the Eagle. The farmers dealing with these thefts were planning to harvest all their plants this month. Now, they’re dealing with lessened yields.

The farmers installed signs, which explain the difference between hemp and marijuana, and low-voltage electric fences in attempts to dissuade thefts. But the farmers told the Eagle the thieves haven’t stopped coming.