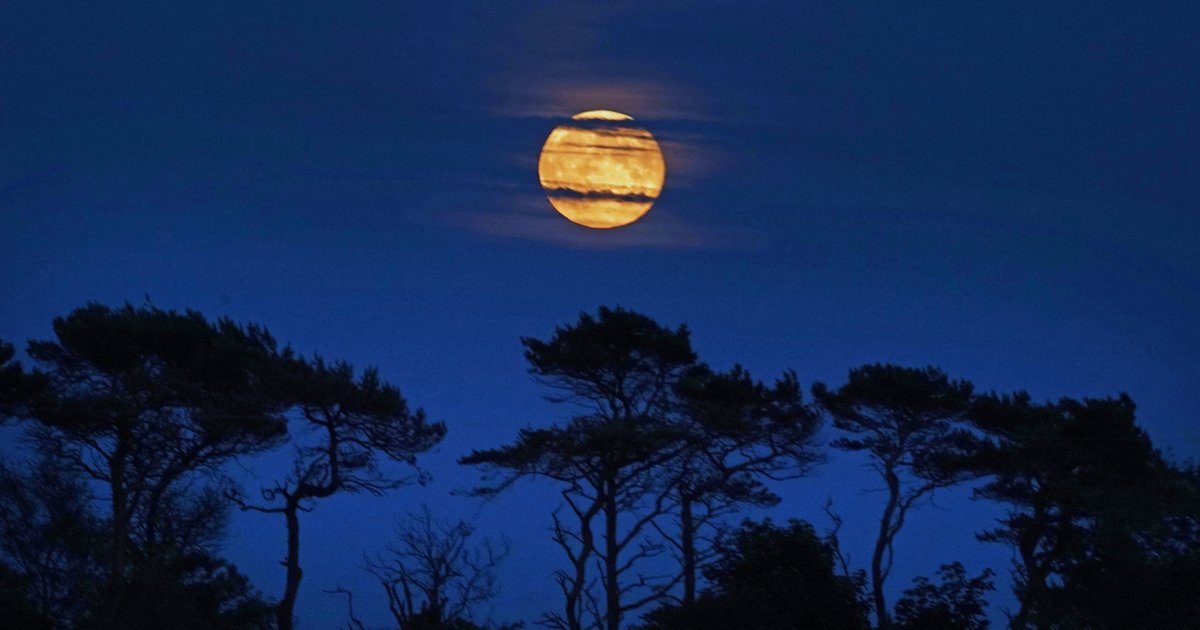 There’s a full moon upon us for the month of October, and this bright orange moon, known as the “Hunter’s Moon,” will grace our skies Sunday though Tuesday.

The full moon will reach its peak fullness at 5:08 p.m. on Sunday and will appear full until Tuesday morning. The peak time to catch a look at this full moon is Sunday night, five to 10 minutes before the moonrise, around 6:40 p.m.

The Hunter’s Moon refers to October’s full moon. The earliest use of the term was found in the Oxford English Dictionary in 1710. The name refers to the beginning of hunting season, according to the Farmer’s Almanac. By this time of the year, fields have typically been harvested and the leaves are starting to fall, which allows hunters to see animals better. This moon is also the closest full moon to the autumn equinox.

Other names come from the Algonquin tribe, including Travel Moon and Dying Grass Moon. These names are believed to refer to the beginning of fall season and colder weather, when plants begin to die and birds as well as other animals begin to migrate.